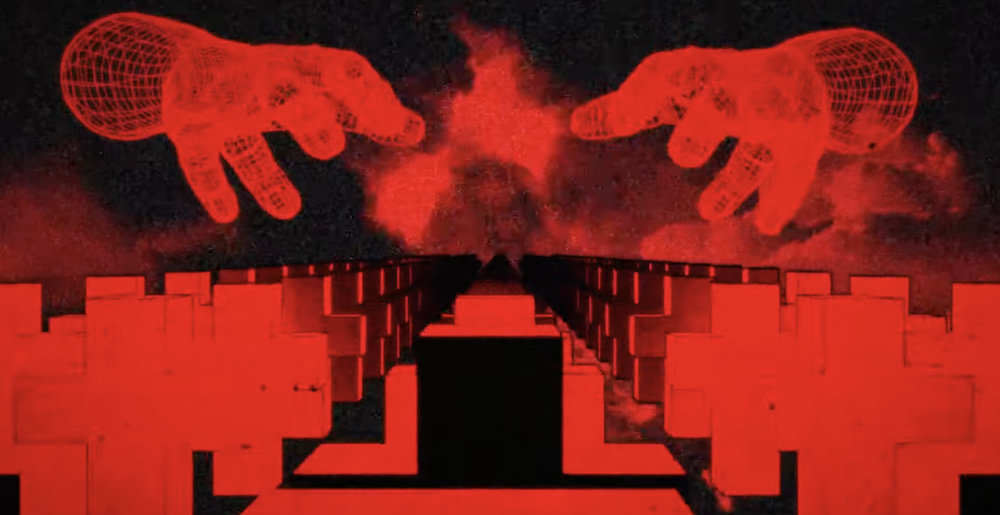 Thrash metal innovators and general biggest metal band in the world Metallica dropped a new lyric video for “Master of Puppets,” the title track to their six-times-platinum third album, yesterday.

Yes, it’s a lyric video ,but the finished product goes beyond the expected style by featuring animations by UK-based design collective ILOVEDUST, whose other working credits include Riot Games, Nike, Audi and League of Legends, as well as their own unique design work. The video has an almost Matrix-esque feeling to it, showing a first-person view of someone walking through endless hallways, plus a hand pulling strings of an unseen puppet, a vortex of guitars, and a few other neat visuals.

“Master of Puppets,” and Metallica in general, are no doubt seeing an uptick in popularity following the song’s placement in season four of Netflix’s Stranger Things, where popular character Eddie Munson saves his friends in the Upside-Down by playing the song. The choice of song struck a chord with younger watchers, who may have been less familiar with Metallica or their classic output, as well as older watchers who are all in on Stranger Things‘ sense of ’80s nostalgia.

Earlier this month, Metalsucks reported that “Master of Puppets” had cracked the Billboard Hot 100 for the first-time ever and landed on Spotify’s Top 50 USA and Top 50 Global playlists. At the time of writing, “Master of Puppets” sits comfortably at number 23 on the USA playlist (down 11 from earlier this month) and left the global list. Kate Bush‘s “Running Up That Hill (A Deal with God),” which was also featured prominently on the show, is at numbers two and three, respectively.

If Metallica and Kate Bush created the urge to delve deeper into ’80s nostalgia, Spotify makes it easy with their Upside Down playlist service, which makes a playlist to rescue you from the dark realm. According to them:

“The Upside Down Playlist takes some of your favorite songs and mixes them with a handful of Stranger Things classics to create a vibe strong enough to ward off Hawkins’ most fearsome foe.”

I’m sure we won’t have to wait 36 years for the next Metallica video.

Metal Sucks Greatest Hits
0 -
Dave Mustaine Mourns the Loss of Twinkies, Endorses Secession
0 -
Editorial: The Metal Community Must Stop Letting Phil Anselmo Off the Hook for His Racist Remarks
0 -
For $16,000, Ted Nugent Will Stay the F*ck Away From Your Town
0 -
This Dude Sounds EXACTLY Like Layne Staley
0 -
Video: Killswitch Engage’s Adam Dutkiewicz Wins Everything on The Price is Right
0 -
Danny Worsnop is a Good Writer