Foul Alchemy #7: Malthusian, Below the Hengiform

EPs hold a curious little place in music. Many artists that consistently write B+ quality albums could strip those down to A-quality EPs, and the abbreviated format a great way for newer bands off the ground. EPs rarely stretch for the long-form, though, so it’s only those rare releases like today’s Foul Alchemy pick that can really convey the same kind of intent as a full-length in the more concise format. While Malthusian’s 2015 EP Below The Hengiform is a killer release, it feels bad to put an EP on a year-end list, so you can consider this my official endorsement of the band/explanation as to why it didn’t make an appearance when our lists dropped earlier this week. 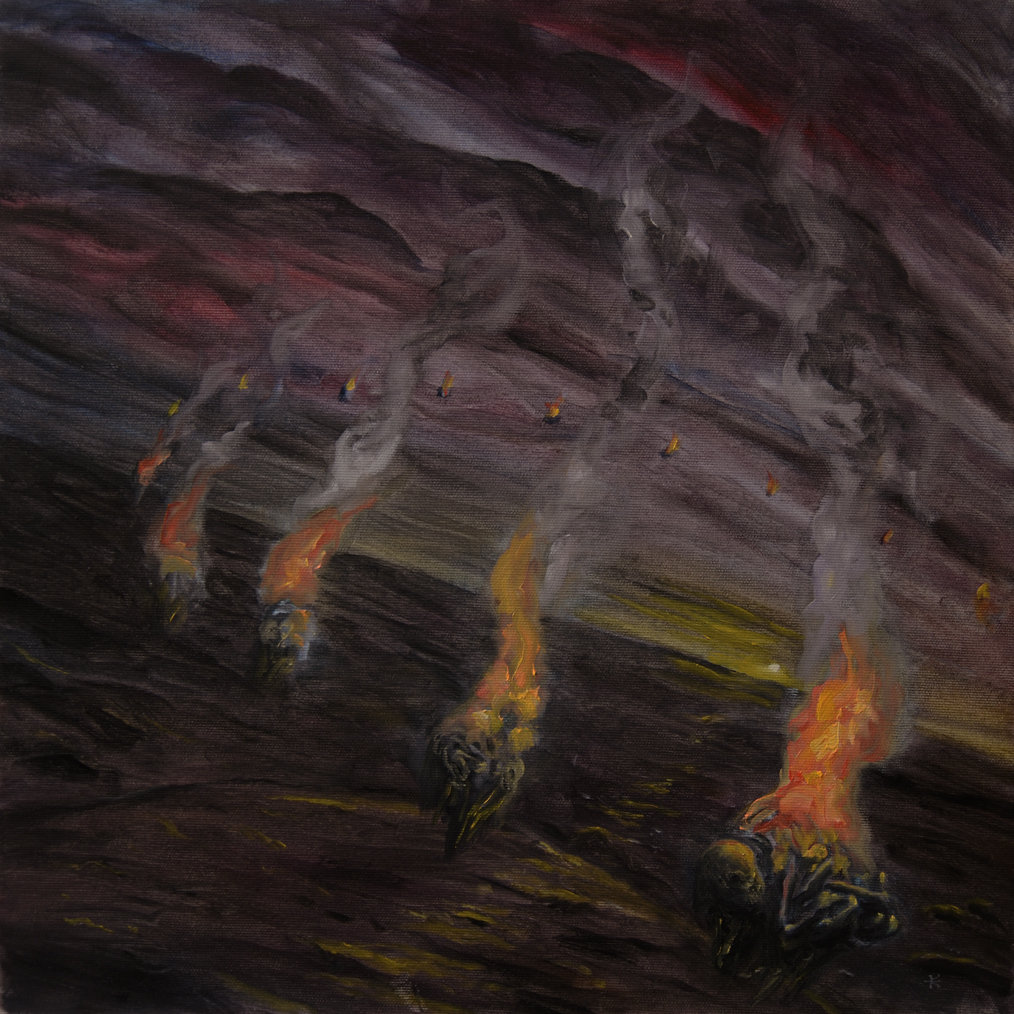 Malthusian – Below The Hengiform (Invictus Productions)

If you were dismayed by Altar of Plagues’s breakup a couple years ago (though that status is a bit dubious nowadays), you no longer have any grounds to be upset. Both the band’s James Kelly and Jonny King perform in a variety of other side projects, most of which explore one of AOP’s various dimensions in greater depth (WIFE lets electronics take the helm; Krawwl investigates atmosphere and the avant-garde). The Irish four-piece Malthusian, featuring AOP drummer Johnny King as well as members of Mourning Beloveth and Wreck of the Hesperus , favors the heaviest, most cavernous elements of Altar of Plagues.

Named for a (for now) theoretical overpopulation-related economic crisis that occurs when population growth outpaces agricultural production, eventually resulting in the collapse of society, Malthusian takes the misanthropic connotations of its name seriously. Below the Hengiform (the fuck is a hengiform, anyway? Turns out it’s “like an ordinary henge except the central flat area is between 5 and 20 m in diameter”) consists of three tracks totaling 27 minutes of music, and incorporates a wild variety of shrieks, growls, howls, and even throat singing (thanks to the fact that all four of the band’s members open their throats on this recording).

Malthusian isn’t in-your-face weird – the band leans more towards the “slightly avant-garde” end of the spectrum mentioned in our last installment – but it comes across as greater than the sum of its parts. It’s pessimistic, but also grand in scope, rising and falling like so many past civilizations as if the theory the band is named for has been realized in musical practice.

Below The Hengiform pairs the senseless aggression of war metal with the rationality of much more composed genres. The EP adopts plenty of the cavernous elements you’re familiar with, but still defies easy classification, manipulating the all-out aggression of Blasphemy alongside Grave Upheaval-esque textures and bastardized versions of Bolzer riffs. If Teethed Glory and Injury was too modern and electronic for you, Malthusian’s 2015 EP Below The Hengiform might be what you’re looking for – it’s a few thousand degrees deeper, gloomier, and bleaker than AOP, chock full of plodding dissonance and an unpredictable sense of motion.

That said, Malthusian doesn’t fully forsake catchiness in favor of stark fearmongering – the album’s songwriting (to say nothing of the fact that Malthusian writes actual riffs) is sharper than most of its ilk, and the tracks possess plenty of replay value, even if it might take you a few spins to penetrate the smothering atmospheres.

You can stream and purchase Below The Hengiform on Bandcamp below.

Metal Sucks Greatest Hits
0 -
Avril Lavigne Must Be Stopped
0 -
Converse Rubber Tracks x MetalSucks: Everything All in One Place
3520 -
RIGHT NOW: MetalSucks & Metal Injection Live Snark The Big Four!!!
0 -
Phil Anselmo on Hearing the End of Pantera’s “Hollow” for the First Time: “I Was Floored…”
0 -
Twenty Photos of Mitch Lucker’s Last Days, Taken From His Instagram Account
0 -
What if Black and Death Metal Albums Were Children’s Books?