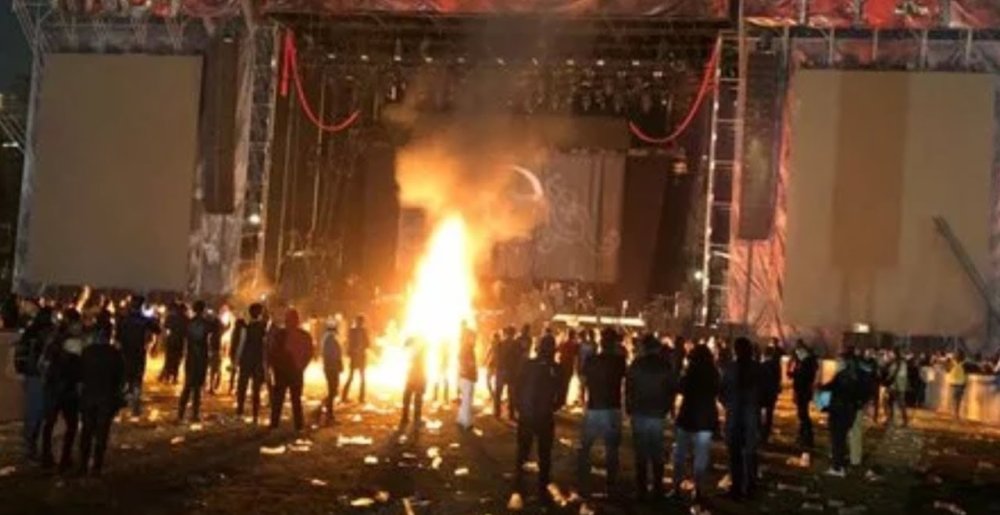 Slipknot were unable to headline their own Knotfest Mexico festival last night, November 30, when safety concerns forced the cancelation of their performance. Fans had broken the barricade in front of the stage earlier in the day, and the barricade could not be adequately repaired in time for Slipknot’s performance.

Evanescence also did not play as a result of the issue. Angry fans stormed the stage and set fire to the band’s gear, with photos of drummer Will Hunt’s kit in flames making the rounds on social media.

A post on the festival’s official Facebook page late last night indicated that Slipknot would play today, Sunday, December 1, if people are “quiet and in order.”

“Because of a broken barricade and failed attempts to fix it, Slipknot were forced to cancel our performance last night. Safety — especially the safety of our fans and fellow bands — is priority number one. We apologize profusely and hope you all understand. If anything were to happen to any of you, we wouldn’t forgive ourselves. Also, if we could have fixed the barricade correctly, we would have gone on stage. Again, we hope you all understand and we will try to make it up to you as soon as we can.”

Slipknot are scheduled to tour the U.K., Europe and Asia in 2020. Dates and tickets are available here.