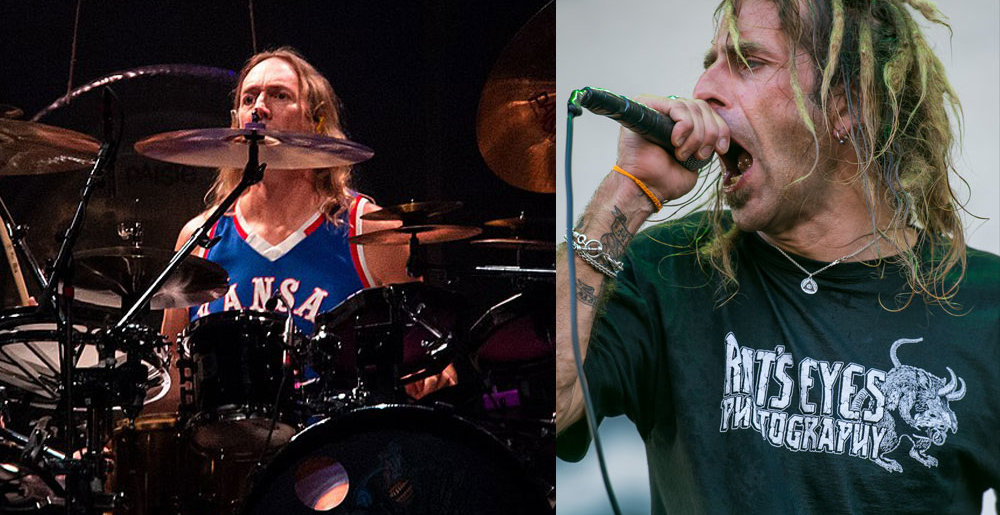 Industrial/experimental supergroup Pigface finished their first tour in fourteen years on November 30, and appearing as a special guest for the run’s final shows in Minneapolis and Chicago was Tool drummer Danny Carey. Pigface utilize an rotating cast of characters, which on this tour featured Lamb of God vocalist Randy Blythe as well as members and ex-members of Revolting Cocks, KMFDM, Ween, Moby and more.

“Danny Carey was out with us for 10 shows as part of Pigface team ’94 and it’s simply stunning and humbling that he would come out with us again. Andrew Weiss jumped on stage in NYC for the first time in over 20 years and seamlessly embroidered three hours of music with his bass illustrating just what Pigface is about. To add these to the existing line up, along with Chris Connelly and Randy Blythe, has to make this the craziest, largest, most awesome Pigface lineup ever and the fact that it’s happening in our hometown makes it all the sweeter.”

Here’s the full lineup that played the Chicago gigs, a who’s who of the industrial scene (and beyond) of the past three decades:

Check out footage of Pigface’s set with Carey, shot on November 29 at The Cabooze in Minneapolis, MN, below.

Metal Sucks Greatest Hits
0 -
Anthrax’s Frank Bello is Really Excited to Be Here, Not at All Concerned About Swallowing Bugs
3520 -
RIGHT NOW: MetalSucks & Metal Injection Live Snark The Big Four!!!
0 -
Video: Dudes Rockin’ Out to Van Halen Meet David Lee Roth, Have No Idea Who He Is
0 -
Hallowed Be Thy Game: Brütal Legend is a Love Letter to Heavy Metal
0 -
Listen: Every Dillinger Escape Plan Song Played At Once
0 -
Let’s Gossip About How Much Money Famous Metal Vocalists Make