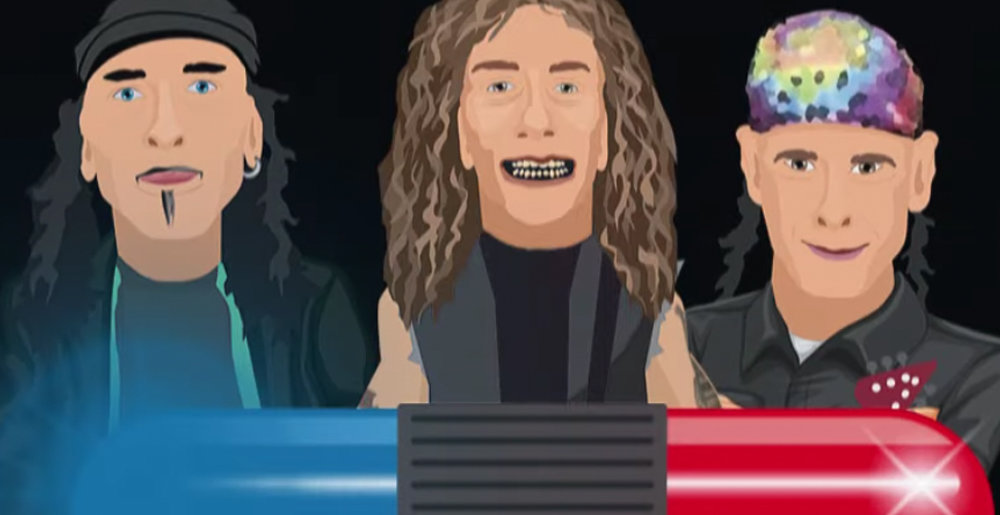 “Nabbed in Nebraska”: Anvil’s Heart Is in the Right Place

Anvil are terrible. Anvil have always been terrible. Barring a miracle, or at least the hiring of an outside songwriter, Anvil will always be terrible. To wit: their new single, “Nabbed in Nebraska,” which is, indeed, terrible. Like, Local Band terrible. It sounds like Lemmy wrote a Motörhead song after he died. I don’t know how that would be possible, but once you listen to this track, you’ll understand what I mean.

You can check out “Nabbed in Nebraska” below if you need an easy laugh. It will appear on Anvil’s new album, Legal at Last (oy), which comes out February 14 on AFM.

Worst Week Ever 0
The Best Metal Albums of 2020, Feud Finger Death Punch, and More Stories You May Have Missed This Week
December 4th, 2020 at 5:00pm Axl Rosenberg

Grizzly Games 0
Can You Identify These Famous Metal Albums Based Only on Their Cover Art?
September 4th, 2019 at 12:31pm MetalSucks

Give it a try, smarty pants.

Metal Sucks Greatest Hits
0 -
Verax’s Terrible “Time Wasters” is a Great Waste of Time
0 -
A MetalSucks Exclusive: Return from The Graveyard — King Diamond on His Near-Death and New Life
0 -
Gwar’s Oderus Urungus Reviews Megadeth’s “Super Collider”
2760 -
Who Are The Top Ten Lyricists?
0 -
Report: “The Number of Heavy Metal Bands in a Given Country is Associated with its Wealth and Affluence”
1220 -
MetalSucks Exclusive: One Year Later, Peter Steele’s People Speak About His Life, His Music, and His Last Days