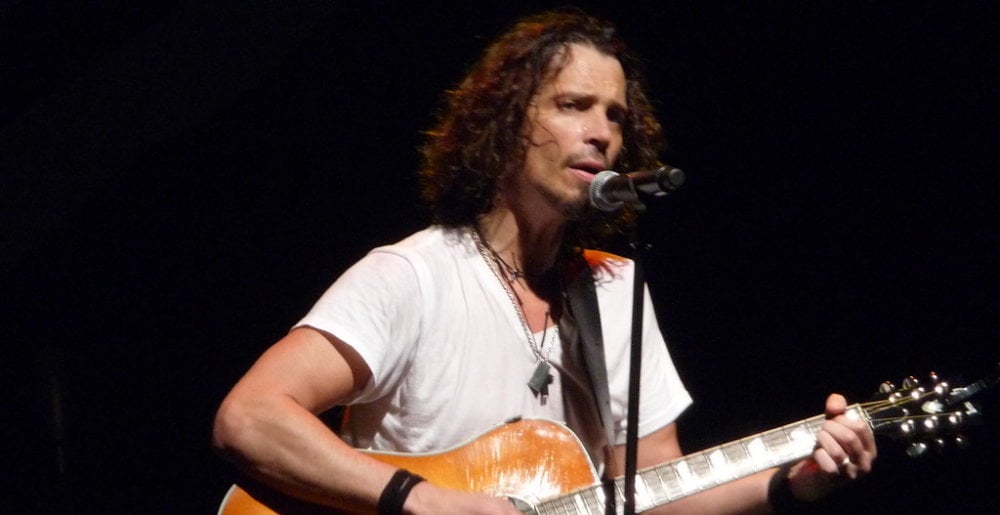 Back in July, Soundgarden guitarist Kim Thayil revealed that not only was the band working on a new album at the time of singer Chris Cornell’s death, but that said album was far enough along that it could, in fact, someday be released… if not for the fact that an unspecified party is allegedly withholding the recordings:

“We’ve asked nicely, we’ve suggested that this will benefit all parties, if the band could just have these files, and we could finish the songs we were working on.

“But there seems to be some confusion amongst various parties as to what that would entail and how that works, and who that would benefit. And it’s been tiring, you know. And we can’t move on until some future date when someone realises the value of allowing the creative partners to have access to the material.”

Despite Thayil declining to say who exactly was withholding the necessary recording files, it seemed like a safe conclusion that he was referring to Cornell’s widow, Vicky, because who else would be in control of that stuff at this point, right?

And now we know, all but 100% for sure, that the guitarist was, indeed, referring to Vicky Cornell… because she is now suing the band, and these recordings appear to be very much at the center of the lawsuit.

TMZ reports that according to legal documents filed by Cornell’s attorney, the band has been “withholding hundreds of thousands of dollars in royalties owed to her and Chris’ minor children” in an “unlawful attempt to strong-arm Chris’ Estate into turning over certain audio recordings created by Chris before he passed away.” These “certain audio recordings” are seven new songs, which Vicky claims were “solely authored by Chris; contain Chris’ own vocal tracks; and were bequeathed to Chris’ Estate.” She also alleges that she has offered the recordings to band “so they can be released in a way that respects Chris’ wishes — including having his producer involved,” but they declined. Finally, Vicky says Thayil has put her and her family in danger by publicly implying that she’s withholding Cornell’s final recordings.

Soundgarden, meanwhile, claim that Cornell was NOT the sole author of at least five of the seven tracks, and that therefore Vicky, as the executor of Cornell’s estate, does not have exclusive ownership over those songs.

As I said when this first came up over the summer: there’s too much money at stake for Cornell’s last recordings to sit in a vault gathering dust for the rest of time. So fans can breathe easy knowing these tracks will see the light of day at some point. Unfortunately, depending on how long it takes for this legal shit to get resolved, that still might be a ways off.