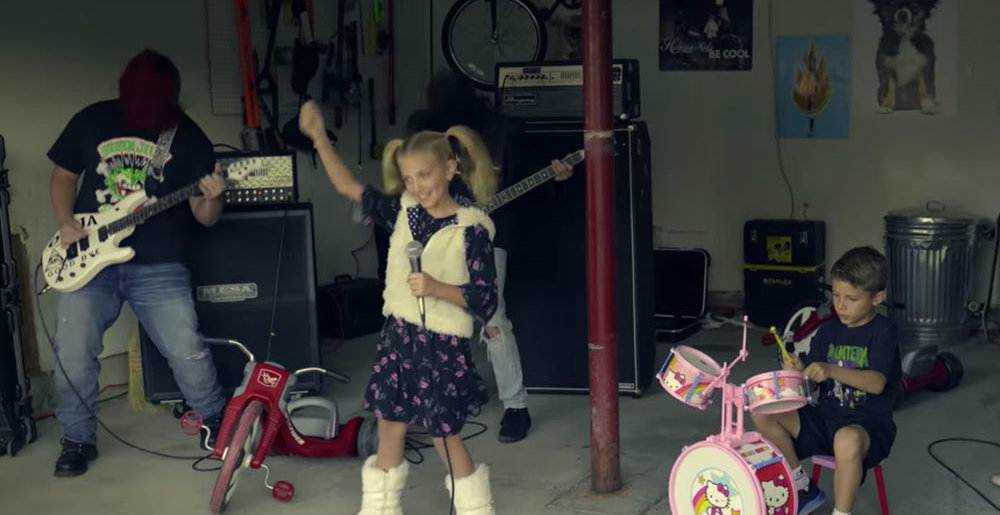 It would appear that the O’Keefe Music Foundation, the world’s foremost leader in metal covers performed by kids, has either discovered the Fountain of Youth, or otherwise made an incredible scientific breakthrough. How else to explain the fact that they managed to turn Sheri Moon Zombie into a little girl for this cover of White Zombie’s “Thunder Kiss ’65”? Oh, sure, they’re claiming it’s an eight-year-old named Taylor Campbell, and not Rob Zombie’s muse. But that’s probably just because they’re waiting for their patent to come through or something. You’re not fooling anyone, O’Keefe!

I look forward to all of these youngsters being in Megadeth someday.

Sponsored Links from Across the Internet
Show Comments
Related Articles
Viral Vomit 0
Watch a 10 Year-Old Girl Give Corey Taylor a Run for His Money
December 19th, 2022 at 11:31am Hesher Keenan

What a badass kid.