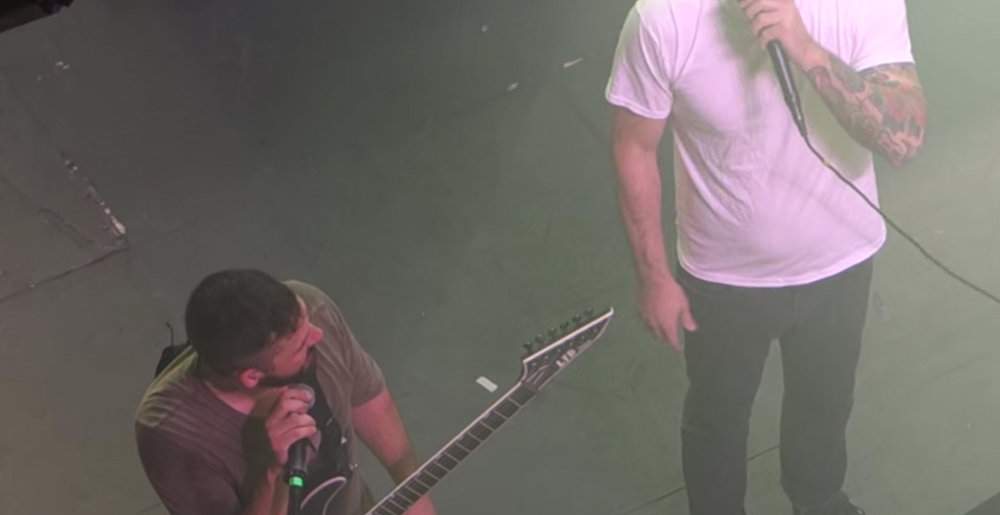 Founding DEP members Ben Weinman (guitars) and Dimitri Minikakis (vocals) — they of Under the Running Board and Calculating Infinity renown — have announced that they’re reuniting in a new project. And while said project doesn’t yet have a name, it does have a song, “Choir Boy,” featuring Organ Dealer’s  Eric Schnee on drums. It’s available now to Weinman’s Patreon subscribers. If you’re not one of Weinman’s Patreon subscribers and you’re on the fence about pledging money because you’re unsure as to whether or not this new endeavor will sound satisfyingly DEP-ish enough, well, let this sample put your mind at ease:

It’s still gonna be a no, dawg.

Metal Sucks Greatest Hits
1510 -
The Top 15 Reasons that Metallica are the Yankees of Metal
0 -
France’s Got Talent, too: Beautiful French Girl Performs Heavy Metal Song on TV
0 -
BREAKING: Joey Jordison Back in Slipknot as Percussionist!
0 -
I, For One, Welcome Our New Robot Overlords
0 -
Dimebag Darrell’s Grave Desecrated and Robbed by Shitty Local Band
0 -
Eleven Useful Tips for Local/Unsigned Bands