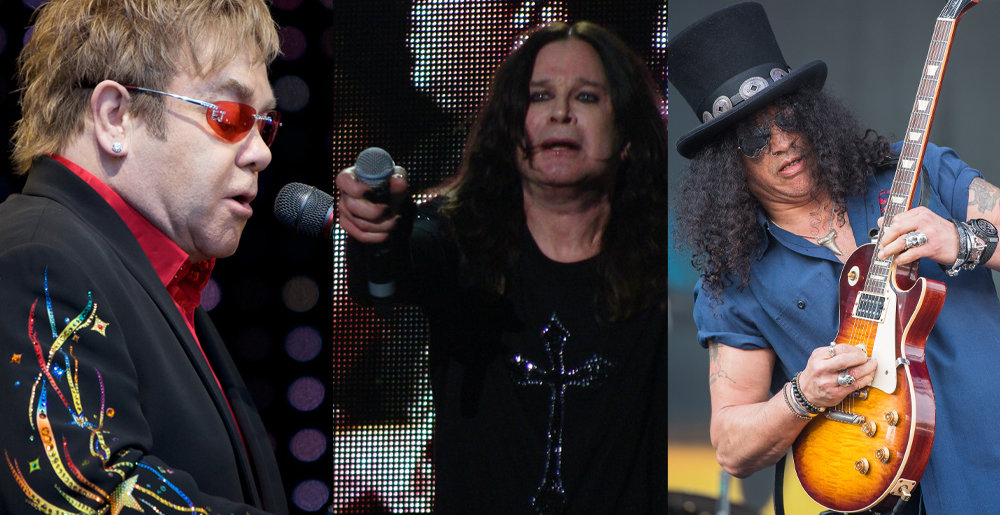 Ozzy Osbourne has released the title track from his forthcoming solo album, Ordinary Man. As previously announced, the track features a guest appearance by Elton John, who contributes both piano and vocals. The song also features a guitar solo by Slash, who also also appears on another cut off Ordinary Man, the previously-released “Straight to Hell.”

“It’s ‘November Rain’-ish, but it’s not. It’s a good song, and [Slash] plays beautifully on it. And then we decided, ‘Well it has a piano. Who’s a really good piano player? I don’t know’… Let’s get the Rocketman!”

“It’s fucking awesome. These two iconic, legendary English fucking rockers that have been through it all are singing about the end of their lives — ‘I don’t wanna die an ordinary man’ — it’s fucking great.”

Indeed, this is a “whip out those cigarette lighters!” (or cell phones or whatever the kids do these days) song if ever there was one.

Metal Sucks Greatest Hits
0 -
Why are metal fans hopelessly stuck in the past??? :(
0 -
MetalSucks Readers Declare Pantera The Most Unnecessarily Shat Upon Band in Metal!!!
0 -
Phil Anselmo on Hearing the End of Pantera’s “Hollow” for the First Time: “I Was Floored…”
0 -
Will People Please Shut Up About the “Fake Amps on Stage” Debate?
0 -
What Will Happen When a Member of Metallica Dies?
0 -
Iudicia is Your New Favorite Band