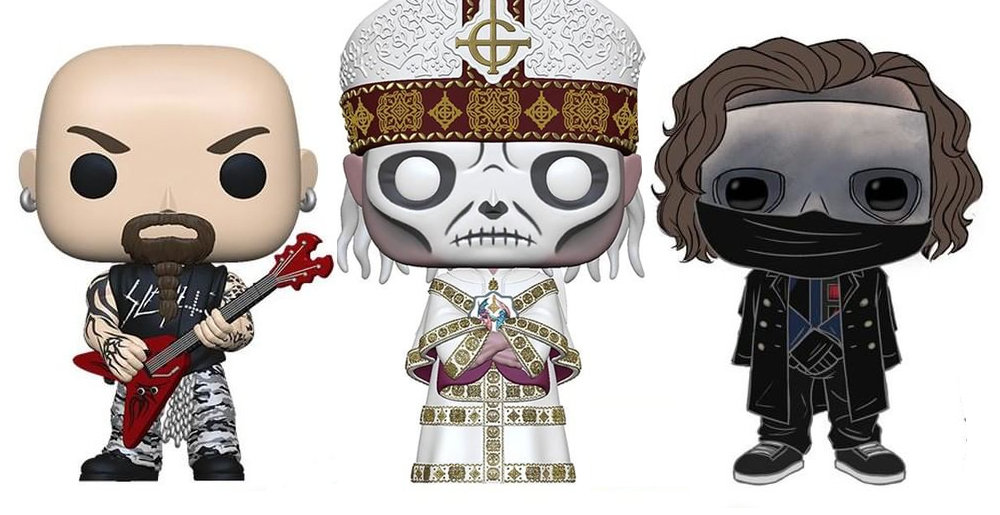 Slipknot, Slayer, and Ghost Getting Their Own Funko Pop!s

The London Toy Fair is currently underway, and Funko has taken the opportunity to announce a whole lotta new additions to their insanely popular Pop! vinyl figurine series. Of note to us metal fans: Funko Pop! iterations of Slipknot, Slayer, Ghost’s Papa Nihil, and two new Motörhead figures to go with the one of Lemmy that already exists. They join Metallica, Guns N’ Roses, Marilyn Manson, Rob Zombie, and Iron Maiden’s Eddie the Head, all of whom already have their own Pop!s. (They really need to make a Vic Rattlehead one, STAT.)

The Motörhead, Ghost, and Slayer ones all look cool, although it’s lame that the Kerry King one doesn’t appear to have his skull tats, and it’s SUPER lame that there’s no Dave Lombardo one (although I’m glad they went with Jeff Hanneman and not Gary Holt and Paul Bostaph). Also, the Papa Nihil figurine is gonna be a Hot Topic exclusive, which means it may be a pain in the ass for some fans to track down.

But the Slipknot ones feel like a MAJOR missed opportunity. They’re only doing three right now — Corey Taylor (natch), Sid Wilson, and Craig Jones. Corey and Sid are in the most recent editions of their masks, which is a bummer, because those are the least-cool looks of their career to date. Also, does anyone really want a Sid Wilson or Craig Jones Funko Pop!? Why would they choose those two over Jim Root and Mick Thomson and Clown? I mean, holy crap, does Craig Jones have the best job in the world or what? The dude has barely moved in twenty years, and now he has his own toy. Shit.

You can check out pics of the new figurines below.