Metal Sucks
Metal Sucks Poll: Which Suffocation Album Is the Best? The Grammys Were Amazing, But Rock and Roll is Very Dead
- Tweet SHARE
Enlarge
Poll 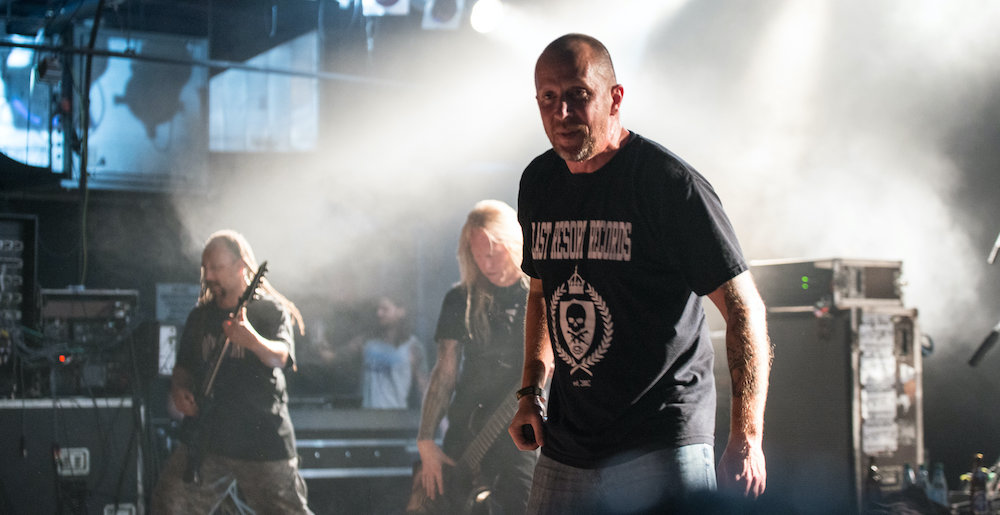 Poll: Which Suffocation Album Is the Best?

If you’d asked us just a couple of weeks ago which Suffocation album was widely considered the band’s “best” (however you define that term), we would have guessed it was the death metal legends’ 1991 full-length debut, Effigy of the Forgotten.

But then something interesting happened last week: a story broke in which it came to light that due to a technical mishap, the cover art for Suffocation’s third album, 1993’s Pierced From Within, has never looked the way it was intended to look.

More relevantly to the subject at hand, a number of notable metal industry professionals soon came out and declared Pierced From Within to be Suffocation’s finest hour. These included former CKY frontman Deron Miller, Fit for an Autopsy guitarist and producer Will Putney (The Acacia Strain, Every Time I Die, Thy Art Is Murder), Profound Lore head honcho Chris Bruni, producer Mark Lewis (The Black Dahlia Murder, Trivium, Whitechapel), and two former members of DevilDriver.

Although no one with half a brain would every deny that Pierced is a classic, we were surprised to see so many respectable heavy metal insiders name the record the height of Suffocation’s artistic achievements — as we said, we would have guessed that most fans held Effigy of the Forgotten in that regard.

So let’s make it officially official: which of Suffocation’s full-length studio albums is their best? Effigy? Pierced? Or one of their other six excellent releases? Vote below. We are beyond curious to see the results!

Kicks off in May!

New Stuff 0
Suffocation Stream Live Recording of “Pierced From Within”
October 16th, 2021 at 11:17am MetalSucks

Check out the video for “Funeral Inception.”