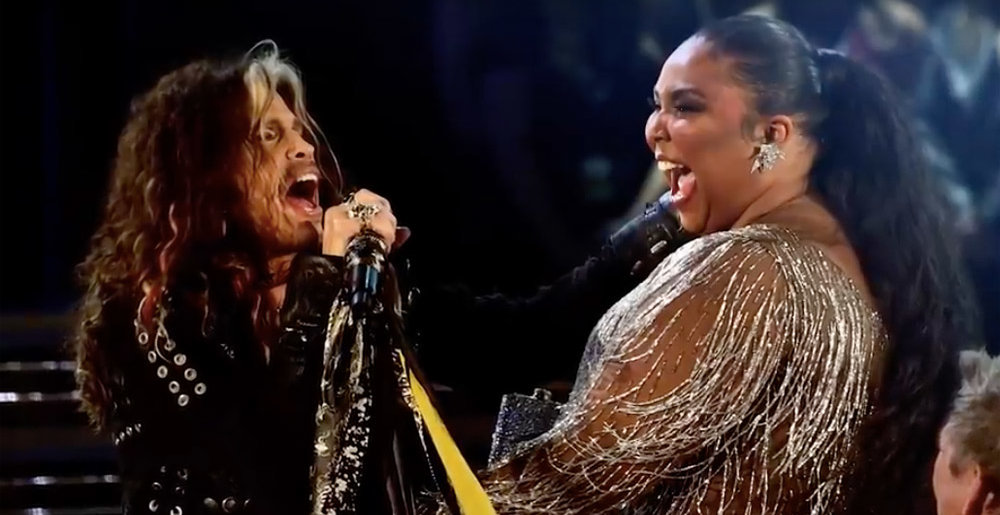 The Grammys Were Amazing, But Rock and Roll is Very Dead

I watched the entire Grammy Awards last night. I haven’t done that in years… maybe ever? I certainly didn’t plan it that way; I figured I’d watch the Best Metal Performance announcement on the pre-show stream, tune in for the first few minutes of the main event, and then turn it off and go about my night. But I couldn’t stop watching! It was a phenomenal show.

The performances were fantastic, full of high-tech production, mesmerizing choreography and packed with undeniable star power. Lizzo, Tyler the Creator, Billie Eilish, Lil Nas X — all completely captivating! These aren’t artists I follow, but I’m aware of them enough to have appreciated their recent work going into the Grammy broadcast. I came away even more impressed; now I’m a fan.

As for rock at the Grammys? An afterthought. Metal was relegated to the pre-show stream, as usual, and the token rock appearances at the main event featured a bunch of dinosaurs who looked every bit their age.

Can you blame the Recording Academy for rock’s second class citizen treatment? Watching last night’s awards, it’s never been more clear to me that they’re right to do so, as much as I hate to admit it.

Rock and roll is dead.

Oh, don’t “But rock/metal are still so vital! The scenes are huge!” at me. I know. I’m a part of that, and I believe in it. That’s not what I’m saying.

What I’m saying is this: as a great cultural force that captures the imagination of the youth at large, rock’s day is done. There’s no innovation, no excitement, no danger. Sure, there are metal bands all over the world pushing boundaries on a consistent basis (we write about them on this site every day), but we, as metal fans, get lost up our own asses into thinking any of that matters in the grand scheme of things. Our scene is tiny, relatively speaking!

The rock and metal royalty appearances at this year’s Grammys were the clearest evidence of that I’ve seen yet: cringeworthy, objectively horrible and just plain sad.

Aerosmith guitarist Joe Perry’s hair stylist went way too heavy on the dye, his jet black hair (naturally completely white, most likely) making his face appear even more pale, gaunt and sunken. There is nothing inherently wrong with old age (Aerosmith are legends!), but Joe’s guitar was out of tune, his playing sloppy, his tone brittle; at times it sounded like he was in a completely different key from the rest of the band, while other times I wasn’t convinced he was even playing the same song. Steven Tyler, despite his increasingly bizarre appearance, did a mostly adequate job singing even if his voice isn’t what it used to be. But when Run DMC came out on stage to perform the two groups’ landmark 1985 collaboration, “Walk This Way,” the staleness of the whole thing punched me right in the gut. It reeked of desperation, of “Hey, we invented this, remember? Respect us!”, and up against the performances that had already taken place earlier in the evening — and those that followed — it felt hollow and irrelevant, completely lame. And that’s not even getting into the entire Joey Kramer debacle.

Tyler the Creator, in stark contrast, delivered one of the most electrifying — I’d even call it “the most metal” — performances of the night. Donning a blonde wig and standing in front of imagery of suburbia in flames, Tyler rapped, sang, screamed, screeched and howled, he danced, he commanded the audience, he friggin’ headbanged. He had Boyz II Men harmonizing from atop buildings in flames, he had backup dancers convulsing and gyrating in violent lockstep motion. It was intense! These are the performers I want to see, the ones pushing the envelope, changing the game, expanding boundaries. I couldn’t look away.

Lizzo’s performance was straight fire. Did you all see that flute solo?? Her talents as a singer and dancer are already well known enough — on this night they positively shined — and although the fact that she’s a classically trained flautist is out there, you’ve got to see it to believe it: she fucking SHREDDED that thing! So metal, and while it likely wasn’t intended as a “fuck you” to the infamous Jethro Tull / Metallica Grammy debacle of 1989, I’ll take it. It was the perfect capstone to an incredible year for Lizzo.

Billie Eilish won every award under the sun. She deserves it! She changed the game, captured the hearts and minds of America, all at only 17 years old (now 18). Young kids and seasoned olds alike all recognize her generational talent as a vocalist, performer and songwriter. I’d have preferred a more upbeat number for her performance, but the ballad showed off her personal and intimate side. The only question is, “What next?” How can she go any further up from here?

Lil Nas X, of “Old Town Road” fame, performed his massive hit with a litany of special guests on a rotating set with four separate “rooms,” one with a gigantic green skull as a centerpiece. Way more rock n’ roll than Aerosmith, more metal than Ozzy (more on him later), and more relevant as a cross-genre performer than Tool.

Speaking of Tool: Best Metal Performance was their award to lose. The other nominated bands all deserved it, but Tool deserved it more. I’d entertain arguments for I Prevail, the lone true “young” band on the list, and boy, they had a helluva year. But their music is rooted in two-decade old metalcore and radio hard rock, leaving them with no points for creativity. If recognizing new and innovative talent is what we argue the Grammys are for, I don’t believe I Prevail tick that box.

I know, I know, the Recording Academy chose the wrong nominees. But how would you have done it? Knocked Loose, Devil Master, Cattle Decapitation, Gatecreeper and Inter Arma squaring off for Best Metal Performance? That would certainly be fucking rad, no doubt, and way more indicative of the current crop of metal innovators than this year’s real nominees. But it doesn’t really solve our relevance problem as far as the Grammys are concerned: can you imagine a Grammy TV broadcast with any of those bands performing? It’d never fucking work. It’d be hilarious as a “gotcha” moment for us metalheads to laugh at all the gawking normies in the audience, but it would do more harm to the public perception of metal than good, perpetuating the stereotyping of metalheads as a bunch of neanderthal growlers and, in comparison to the big-time stage production of the other acts, it’d appear boring. The mix would suck, too; it wouldn’t translate to TV.

And then there was Ozzy. He had difficulty walking six feet across the stage, propped up mightily and heroically by Sharon, whose hand he gripped for dear life. (Side note: If that ain’t a metaphor for his career, what is?). He isn’t well. I’m calling it now, that summer tour isn’t going to happen. He needs to retire. He’s only given us five decades of service during which he gave us endless good times and literally had a part in fucking inventing heavy metal, it’s OK, we’ll understand if he taps out!

And that’s just the thing: rock and metal are fucking old. And the parts that aren’t new are completely inaccessible and unapproachable to most folks. Heavy guitar music simply doesn’t have a place in the mainstream anymore. I’m neither lamenting nor celebrating, just making a statement of fact. For the record, though, I’m fine with it: rock and metal can exist as an afterthought to most of the world while still being incredibly fertile ground for creativity and providing refuge and excitement to those who are drawn to it. Maybe it’s even better that way, free from the shackles of commercial pressure.

Major props are in order to Gary Clark, Jr., the lone energetic rock performer of the night and the de facto torch-bearer for guitar-based music. I gather he isn’t on many metalheads’ radars, but he should be — he’s a phenomenal player, at once impassioned, gritty and authentic. Also a quick shoutout to H.E.R., of whom I hadn’t heard before, but whose multi-instrument performance, including a ripping guitar solo, impressed the hell out of me.

Adam Levine was right: Rock is dead. If you don’t believe that, you’re either willfully ignorant, living in a bubble, or both. But that is totally OK: the sooner we, rock and metal fans, accept our role, the freer we’ll be not only to create music for ourselves, untethered and unshackled from what’s going on around us, but the more we’ll be able to appreciate all the incredible music coming from outside of our favorite genres.

Looking to get number two in the bag this year.