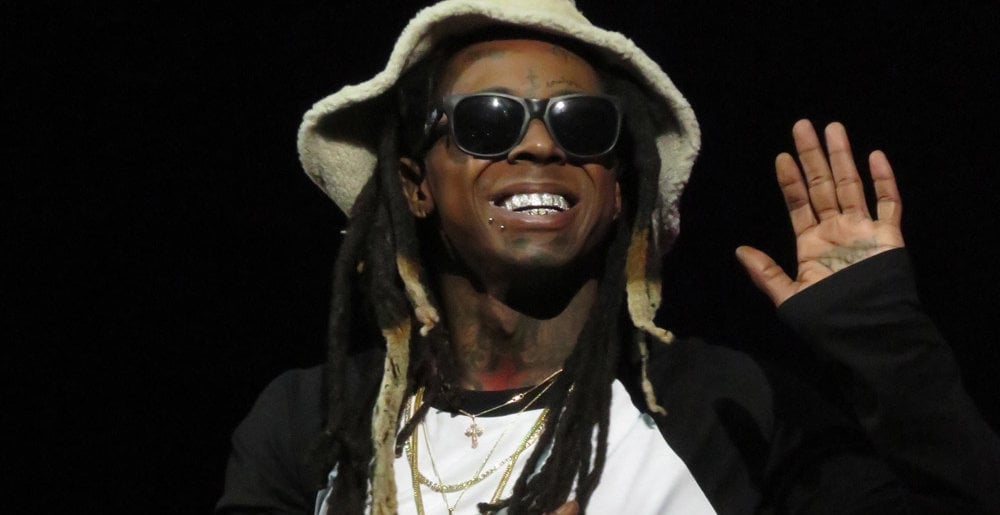 Metal fashion and the mainstream… a trend as old as time itself! Or at least the last few years. Everybody’s doing it! Get on board, or get out of town. Or, if you’re a stubborn metal elitist, get irrationally ANGRY!

The latest mainstream musical artist / celebrity to don metal garb as a fashion statement is rapper Lil Wayne, who was spotted wearing a custom-tailored pair of pants that look to be constructed from several metal t-shirts stitched together. Lil Wayne’s right shin clearly sports Municipal Waste’s recognizable logo, and while we aren’t sure what other threads were borrowed for these sweats, we highly approve of his choice of the world’s most humorous thrashers. And his jacket! I need one ASAP… I could totally pull off that look, right?

Lil Wayne isn’t the first rapper to sport a Municipal Waste logo on his body: R&B star Chris Brown wore a jacket featuring the band’s logo, amongst others, back in 2012. Kanye West wore some “metal” sweatpants back in 2013, although those somewhat hilariously consisted entirely of made-up band logos.

Have a look at Lil Wayne’s latest below via Municipal Waste’s Instagram. Thanks to loyal MS reader Ranpal C. for the tip!

Wonder if she threw down in the pit moments afterward.

Tour de Force 0
Municipal Waste is Co-Headlining a Tour with High On Fire, So You Might As Well End the Year in a Circle Pit
October 26th, 2022 at 4:41pm Hesher Keenan

Warning: This tour may cause you to lose your entire god damned face.