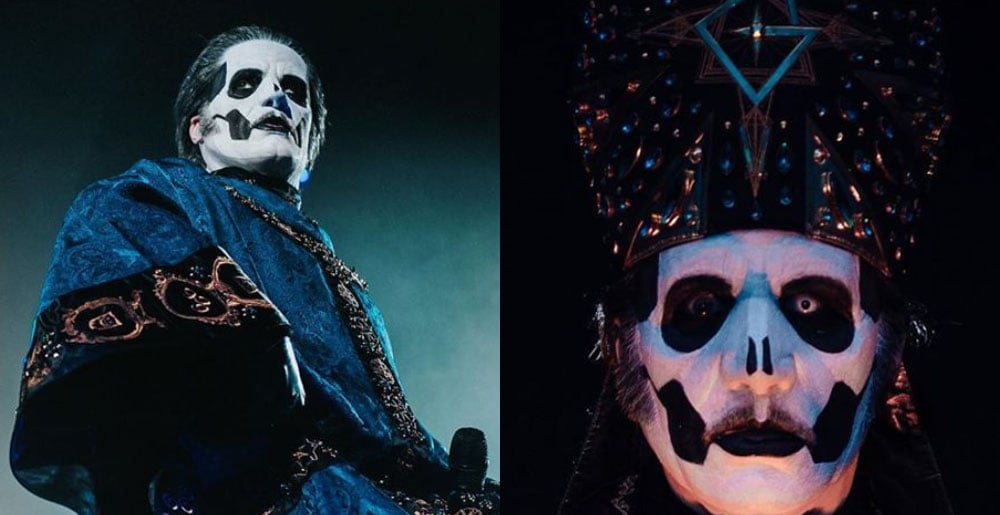 In keeping with tradition, Ghost have unveiled the look and identity of their “new” frontman at the final live performance of their current album cycle which took place last night (March 3) in Mexico City.

Frontman Tobias Forge had previously indicated that the band would return to the Papa Emeritus lineage after Cardinal Copia took over for Prequelle, but this is the first look we’re getting at Papa IV. Copia “mysteriously died” during the set’s eighth song, the instrumental track “Miasma,” according to Setlist.fm, and was “inaugurated officially as Papa Emeritus IV” while the Abba song “Arrival” played through the PA. The band then finished out the second half of the set with Papa IV up front.

After the show, the band posted some photos on Instagram (including two of Papa IV) with the following message:

“Gracias México City for your hospitality and warmth. We couldn’t pick a better place to witness the anointment of Cardinal Copia to Papa Emeritus IV. Papa and the ghouls are incredibly thankful for all your wonderful gifts. Looking forward to seeing all of you in 2021.”

Forge spent January working on some kind of mysterious one-off project and plans to spend the next several months writing and recording Ghost’s next album in earnest. About that album, which will be Ghost’s fifth, Forge has previously said he’s looking to Iron Maiden’s Powerslave as a guide…

“I’d choose the words ‘fifth’ and ‘album.’ I look at many fifth albums as a guide as to the urgency for what that record will need to be, with [Iron Maiden’s] Powerslave being a great example. By the fifth album you’re at a point in your career where you have this momentum built up, and you have the expectancy of people depending on you, so you have to put something special in those many spotlights. You need to step up and make a record that’s worth it and justifies all of these things.”

… as well as Metallica’s Black Album:

“I regard Metallica as colleagues and friends now, but they’re still Metallica. I am an ambassador and they are presidents. But when I look to Metallica for influence, I’m looking at what they did in 1988. We’re on our fourth album, as they were on the Damaged Justice Tour, so the next stop is the Black Album.”

It’ll be quite some time before we hear new Ghost, as Forge indicated he wanted to wait until after the U.S. presidential election to avoid the media distraction it creates. But a year from now we’ll almost certainly have new Ghost music, so, ya know… if Trump wins, at least there’s that as a consolation.