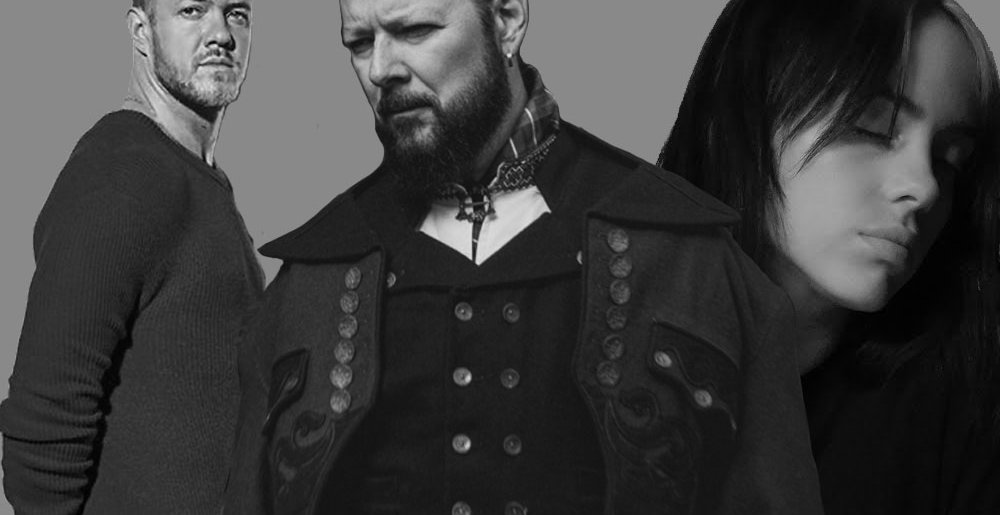 Add Ihsahn to the list of metal musicians who dig Billie Eilish but aren’t so hot on Imagine Dragons.

During a recent interview with Ultimate Guitar, the Emperor frontman was asked how he “looks at the genre of rock and metal today,” to which he replied:

“I think I’ve become… I’m 44 now so I’ve come to that age where I genuinely love great music. Not a big fan of bad music. [Laughs] And, as you’ve just mentioned, I’m not a big fan of Imagine Dragons. That does not resonate with me. I’m sure it’s well-produced and all that.

“But Billie Eilish I’ve been listening to a lot.”

“The production that Finneas [O’Connell, Billie’s brother, producer, and co-writer] does, the minimalism of it, the way it’s put together – it’s really brave. It’s something to…

“If you look at pop artists like that… I think even in the extreme metal scene, there are so many bands concerned with what’s the right thing to do. In a music genre that was really based on people not giving an absolute fuck about what people thought about their music – it was rather: go for what not to do. [laughs]

“So my general philosophy about this, I have this idea that the inspiration comes from the underground where there’s no money or recognition to be had. People do it for the sake of their own enjoyment.

“And then, some of that becomes so unique that it actually has some commercial success, against all odds. And, at the very top, where you have people like Kanye West or even The Beatles or Pink Floyd – when they had so much money and resources – when they could do whatever the hell they wanted, they went on to make art records. Far-out experimental stuff for the sake of it, not trying to fit in.

“So on the outer edges of that, when there’s no money and recognition to the point where you don’t care… Basically these are the two edges of music where people really don’t care about anything other than music. That’s where you get the ingenious new things.

“And everybody in the middle who tries to polish their stuff to put it into this or that category and do the smart thing, and maybe do compromises with their music to make it fit someone else’s needs – then it becomes this very bland and uninteresting thing in the middle that really doesn’t contribute as anything new.

“That is a very harsh way of saying it. But I think you see my point.”

I think we do see your point, Ihsahn! I would also argue that Eilish just has better songs than Imagine Dragons, but hey, that’s obviously a matter of personal opinon.

Ihsahn’s new EP, Telemark, is out now. He’s supposed to release another EP later this year, but there’s no word on whether or not it will include a cover of “all the good girls go to hell.”

Worst Week Ever 0
Fripp and Toyah Get Serious, Ghost’s Tobias Forge On “Core Bands,” and Other Top Stories of the Week
March 5th, 2022 at 8:29am Emperor Rhombus