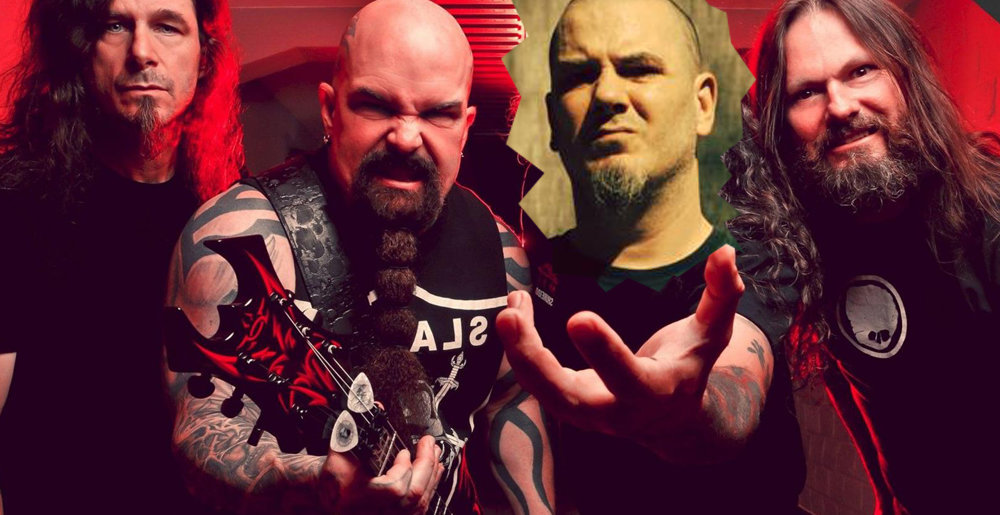 A new rumor suggests that Kerry King’s new project will more or less be a continuation of Slayer, only with Pantera’s Phil Anselmo fronting the band in place of Tom Araya.

The rumor originated from an online exchange between Slayer’s most recent drummer, Paul Bostaph, and fellow percussionist Jason Bittner (Shadows Fall, Overkill, etc.). In the exchange, Bittner asks Bostaph about post-Slayer projects. Bostaph then teases that “Something is brewing with a friend of mine that is very familiar to you.” Bittner, in turn, responds that “everyone knows by now” that the “something brewing” is a new band featuring King, Anselmo, and Exodus’ Gary Holt. Holt, of course, was also a member of the final iteration of Slayer, along with King and Bostaph.

No word on who would play bass in this not-quite-new outfit.

The staff of MetalSucks cannot wait to hear Anselmo’s take on “Angel of Death,” which will surely come from a deeply heartfelt place.