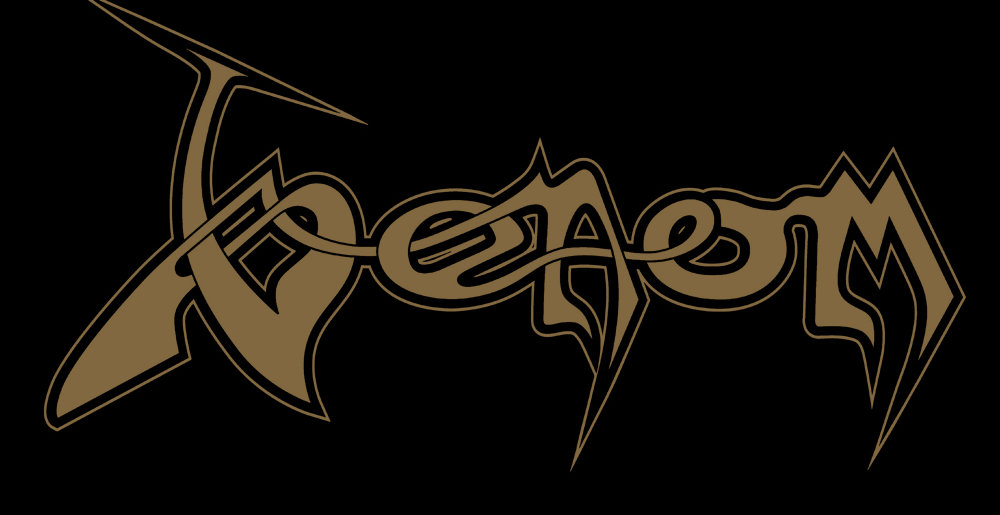 Congrats to reader Anna O’Neill! Anna correctly identified last week’s logo as belonging to the band Morknatt! For her troubles, Anna wins three CDs from SPV/ Steamhammer… specifically, recent releases from Wishbone Ash, The Unity, and my old pal, the one and only Axel Rudi Pell. Mazel tov, Anna!

But don’t be too sad if you lost, ’cause this week I have another killer prize for y’all! The highly-influential Venom are teaming up with Back on Black for vinyl reissues of three of their albums — 1984’s live record, The 7th Date of Hell: Venom Live at Hammersmith Odeon, and the studio releases Calm Before the Storm (1987) and Prime Evil (1989) — and we’re giving away copies of the colored vinyl editions, signed by the band’s former drummer himself, the legendary Abaddon! You can go ahead and order these bad boys for yourself at this link… or just enter this contest and pray to the Dark Lord that you win!!!

To win, simply identify the name of the band whose logo appears below, then fill out the form beneath it with your guess and your name and address. From everyone who gets it right, we’ll randomly select one winner and announce his or her name next week.

Metal Sucks Greatest Hits
0 -
Scientific Proof That Djent is a Genre
1860 -
The Top 25 Modern Metal Guitarists: The Entire List in One Place
0 -
What is the best subgenre of metal?? *please read*
690 -
Let’s Argue About Iron Maiden Album Art
0 -
Hallowed Be Thy Game: Brütal Legend is a Love Letter to Heavy Metal
0 -
Oderus Urungus from GWAR Reads Goodnight Moon