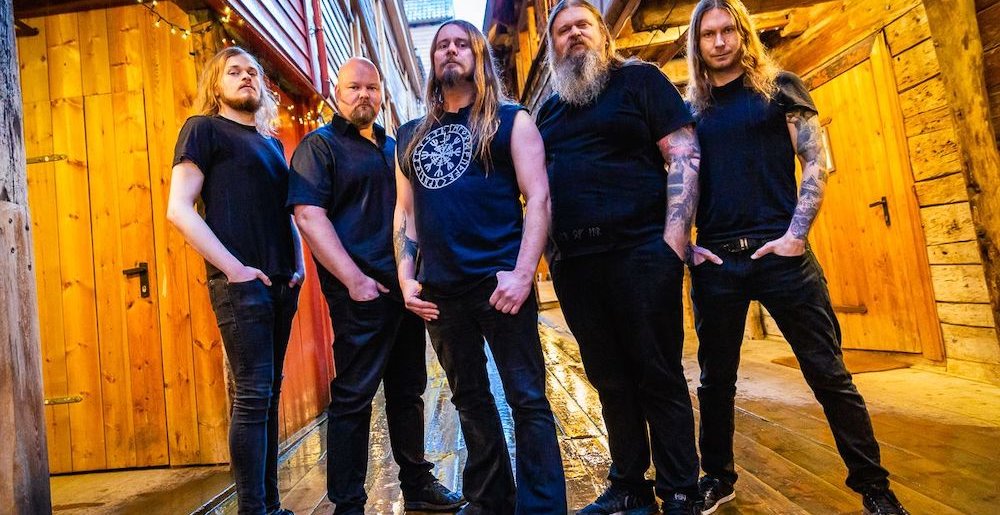 On March 17 Enslaved teased that they’d be releasing new music on March 20, but then that never happened and most of us forgot it was even supposed to happen because there’s, like, other shit going on in the world right now.

As it turns out, the band had been planning to release their new album, Utgard, in the spring…

…but because of the aforementioned “other shit going on in the world right now,” they will now hold the album until the fall:

“First of all, we’d like to sincerely thank you for the warm reception of our latest publications about our upcoming new album ‘Utgard’! We understand that our recent communication also raised some questions and calls for transparent explanations. Let us reassure you that all of us are fine and in good health!

“Due to the current situation, we took the decision together with our label to postpone the release of ‘Utgard’ to the fall. Therefore, as you can imagine, the whole schedule had to be adjusted quickly! We understand that seeing a video teaser followed by nothing has been confusing. As of today, we can announce that our first single and video will be released on May 22nd, and we can’t wait to share this new music with you all! We are sure you understand that this is for the best.

“In the meantime, we’d like to tell you a little more about the ‘Utgard’ cover artwork! This is the 10th consecutive album cover artwork done by Truls Espedal – and like the album itself it is definitely on the wavelength of the long-distance pulse from the Enslaved generator. It is a piece of art that mirrors a massive concept and a band that is also more lyrically and philosophically inspired than ever before. That Truls is a master of his art is established a long time ago, but he has truly outdone himself on this interpretation of our Utgard. Just looking at how the colors and techniques are used to create the depth and grandiosity of the horizon. The perfect travelling companion into these uncharted territories.

“We are looking forward to sharing more news with you very soon. Take care and stay safe everyone!”

I don’t wanna rain on anyone’s parade and point that the world will likely not be back to “normal” by the fall and so delaying Utgard‘s release probably won’t accomplish what the band and their label hope it will accomplish, so I won’t. Instead, I’ll just say: New Enslaved in the fall! Whoo-hoo!!!

Metal Sucks Greatest Hits
3550 -
The Real #1: Mastodon – Leviathan
1,3240 -
Wes Borland: Still Cool In Jakarta
450 -
Free Download for Your Listening Pleasure: NYC Sucks, Volume 1, Featuring The Best of New York City’s Metal Scene
0 -
Has Moshing Turned Into a Form of Bullying?
0 -
Give a Heavy Metal Valentine’s Day Card to Someone You Love
540 -
Worst Year Ever: All of Our 2010 Year-End Sh*t in One Place