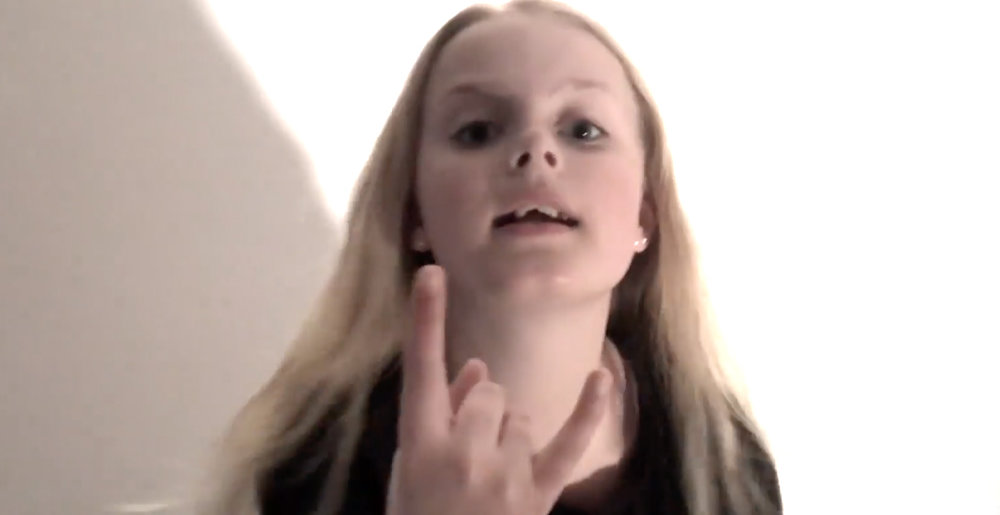 Christofer Malmström, guitarist for Sweden’s Darkane, has shared the below video, in which he and his 12-year-old daughter cover Slayer’s “Angel of Death.” And I know it wasn’t meant as an audition video… but rumor has it that Kerry King, Gary Holt, and Paul Bostaph are basically re-launching Slayer with Phil Anselmo in place of Tom Araya, and if they happened to decide they’d rather recruit Amanda instead of Anselmo, I, for one, would feel okay about that.

Metal Sucks Greatest Hits
0 -
Missed Connections: You Puked at the Ulcerate Show (M4M – Brooklyn, NY)
0 -
Science Explains How Metal Singers are Able to Scream Without Damaging Their Vocal Cords
0 -
David Lee Roth on Van Halen Brothers: “We Have Always Hated Each Other”
0 -
Ministry’s Al Jourgensen: “I Got Paid to Humiliate Fred Durst”
0 -
Unearth are the Slayer of Metalcore
0 -
Why I’ve Stopped Buying Vinyl