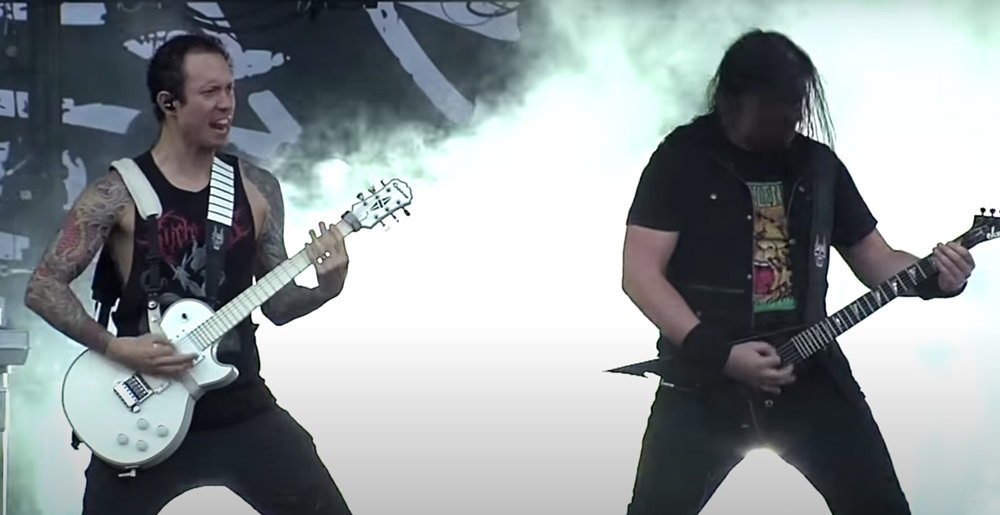 Trivium’s Matt Heafy has been doing a most excellent job keeping us all entertained during the quarantine via his Twitch channel, on which he’s performed the albums Ascendancy and Shogun in full, as well as Trivium’s would-be set from Knotfest Japan, amongst other things. Still, nothing beats seeing Trivium in full force, playing as a quartet.

So you should stoked to learn that the organizers of Resurrection Fest are now streaming pro-shot footage of Trivium’s entire set from last year’s iteration of the festival. The hour-long performance spans the band’s entire career (save for their upcoming album What the Dead Men Say, of course), and, unfortunately, may be your best chance of seeing the band perform for some time.

Watch the video below. Below that, check out Vince’s recent chat with Trivium bassist Paolo Gregoletto as part of his recent Quarantinecast!

Metal Sucks Greatest Hits
0 -
BREAKING: Some Local Band Called Shrapnel are Tired of You Leaving the Show Before Their Set
0 -
What if Black and Death Metal Albums Were Children’s Books?
0 -
The Secret 2 a Successful Career in Music
0 -
Rigged: Luc Lemay of Gorguts
0 -
Incredibly Metal Six-Year-Old Girl Terrorizes America’s Got Talent
0 -
Listen: Every Dillinger Escape Plan Song Played At Once