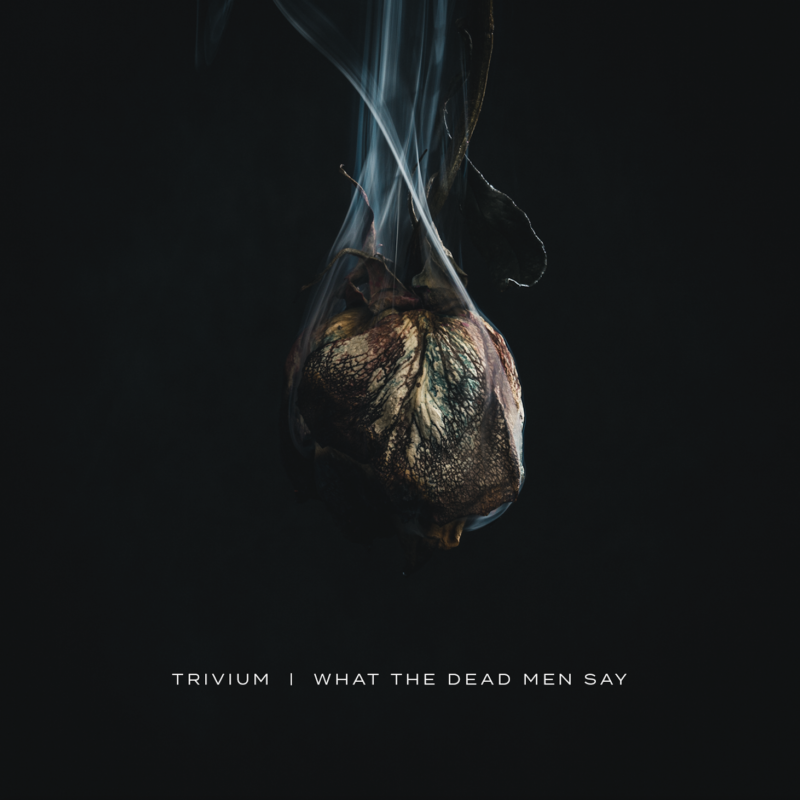 Album Review: Do Trivium Make it Worth Listening to What the Dead Men Say?

Way back in my Bullet for My Valentine review, I posited that “Trivium have gone on to sound like shitty Trivium.” People gave me shit for that, especially since MetalSucks co-head-honcho Vince loved The Sin and the Sentence. I went back and listened to Sin and yeah, it’s not bad. Definitely a step up from its predecessors. So, here’s new Trivium. Does it continue that upwards trend, or go back to sounding like shitty Trivium? Well, if you take a gander at those metal horns above here, you can probably figure that one out: somewhere in the middle.

The frustrating part about What the Dead Men Say? It’s not shitty. Here’s the thing with late-period Trivium: basically, there are two sides to the band. There’s Ascendancy, and there’s The Crusade. One focuses on ripping melodic metalcore and the other reaches for the commercial radio metal stars. I prefer the former, but they know how to do the latter well. The problem comes when they try to reconcile the two. They know how to unleash sick melodic metal riffs. They know how to deliver the big sappy choruses. For whatever reason, when they try to combine the two on these songs, it brings things to a crashing halt.

It works sometimes — “The Catastrophist” reminds listeners that the band can sling together a mean metalcore anthem when they try. “Amongst the Shadows and the Stones” brings the metal. That stuff works. Too many times, however, the gear-shifting distracts from the important business of rocking out. “Bleed Into Me” doesn’t so much exsanguinate as it does Five Finger Death Punch you right in the face, while “The Defiant” ruins some cool melodeath with a predictable chorus. Josh Wilbur’s production doesn’t do it any favors, either. All the instruments come through loud and clear, but they lack bite — except for the drum clicking. That shit bites like a swarm of gnats.

On the bright side, Matt Heafy’s singing has gotten pretty damn good, and the band clearly knows their way around a riff. They just have trouble putting those riffs together into cohesive songs. Whether that’s a function of their metalcore roots or just complacency, I don’t know. I still treasure The Ascendancy. It just doesn’t really seem worth listening to What the Dead Men Say when you can look to the new August Burns Red for vital metalcore, any number of throwback trad bands for sweet riffs, or Nickelback for big stupid radio rock hooks.

Trivium’s What The Dead Men Say is out now on Roadrunner. You can listen to “Bleed Into Me” below and purchase the album here.

Metal Sucks Greatest Hits
0 -
Ex-Attack Attack! Vocalist Caleb Shomo is Smarter than John Holgado
0 -
Is Facebook Trying to Extort Bands and Brands?
0 -
Anthrax’s Frank Bello is Really Excited to Be Here, Not at All Concerned About Swallowing Bugs
0 -
Having a Rough Day? Try Hatebreed Motivational Posters!
0 -
BREAKING: Slipknot Guitarist Mick Thomson Stabbed in the Head by Brother
0 -
Detailed Analysis: Vest Metal is Officially the Next Annoying Trend in Metal