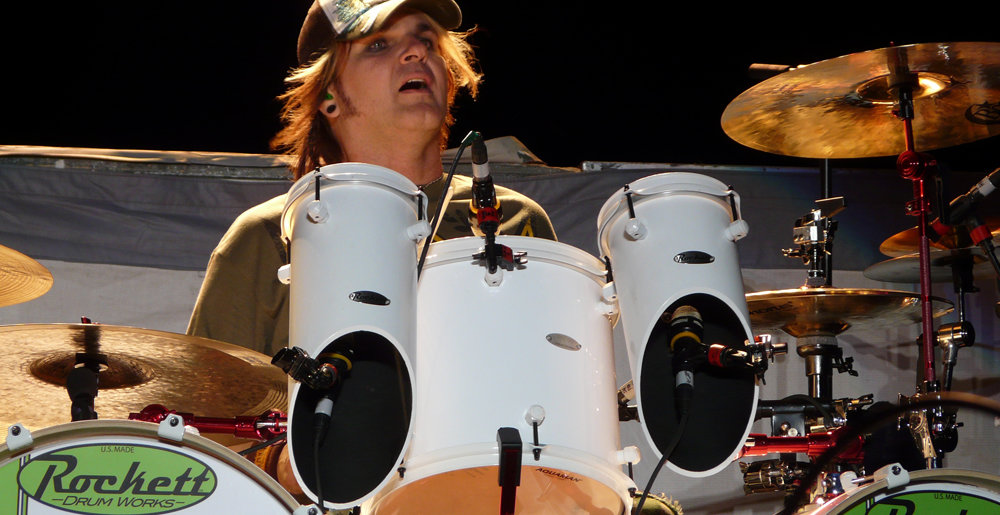 As cranky as I am about Def Leppard and Mötley Crüe not just going ahead and cancelling their big summer stadium tour even though it is 100% definitely going to be cancelled, I’m less angry with Poison drummer Rikki Rockett. For one thing, Poison, as one of the opening acts of the tour (along with Joan Jett and Turok Dinosaur Hunter), likely don’t have as much power/ say in this whole affair as the Crüe and Def Lep do. For another thing, in the early ’90s, Poison’s then-guitarist, Richie Kotzen, shtupped Rikki’s fiancée, which has nothing to do with the matter at hand, but has pretty much always made me feel bad for the guy.

ANYWAY, I mention it because Mr. Rockett (born Richard Spaceship) was recently asked by AXS TV’s At Home and Social With… about whether or not the tour has been called off, and Rockett’s more or less blamed Live Nation for not having an answer:

“Right now we’re just all focused on hunkering down and waiting for the word — whatever the word’s gonna be, and who is it gonna be from? Is it our governor? Is it a bunch of governors? Is it the president? Is it [National Institute of Allergy and Infectious Diseases director Dr. Anthony] Fauci? Who’s gonna tell us what’s going on? I’m waiting for Live Nation to tell me what’s going on.”

As amusing as it would be if it were up to Donald Trump whether or not to cancel this tour, I don’t believe that decision rests with Der Führer. On the other hand, it really might be up to Live Nation. Which would make me feel kinda-sorta bad about being all pissy with the trek’s headliners. Although not that bad, ’cause I still have to imagine that those dudes have some pull, even with a company as massive as Live Nation.

So the countdown to this tour’s cancellation continues. While we wait for that to finally happen, you can watch the interview with Rikki Rockett below.