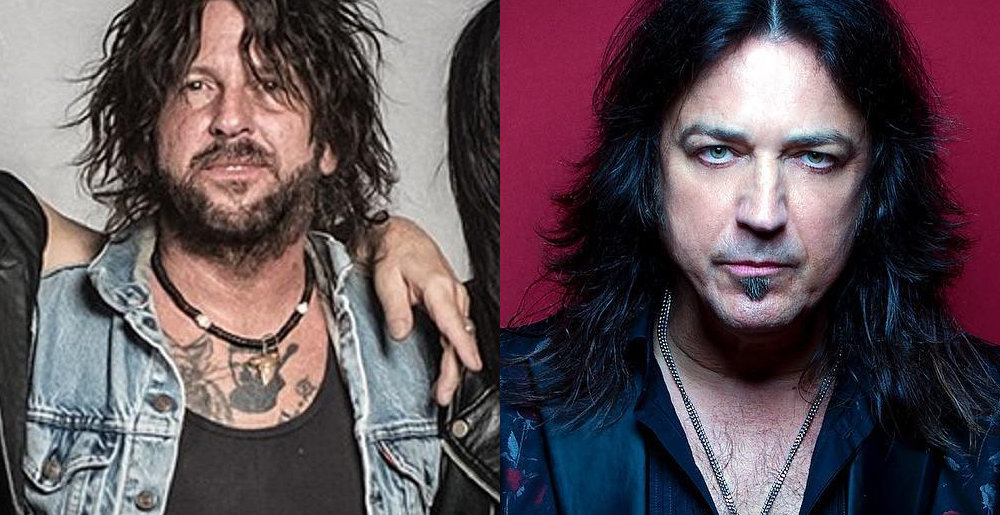 Today in “HUH?!”: L.A. Guns guitarist Tracii Guns and Michael “I’m Not Ted Cruz” Sweet from Stryper are working on a new project called Sunbomb… which Guns asserts will have a heavy black metal influence.

“I love black metal. I love black metal more than I love a lot of other things. Because black metal has a certain element of Randy Rhoads in it that people might not really identify that, but I always have. There’s something about the double picking and the way the chords are structured and the weight of the music.”

Which seems pretty weird. In part, that’s because neither of these dudes are known for their work in black metal. But mostly it’s because Stryper is, y’know, a Christian band. But Guns went on to say that Sweet actually is a fan of black metal, before claiming that he and Sweet are able to put their philosophical differences aside for the sake of rock:

“You have the biggest non-believer and the biggest believer. But that’s the kind of guys we are — I’m able to separate the beliefs from the music; they’re not one and the same. And Michael and I have talked about it. I’m an open-minded person and I respect [other people’s perspectives].”

So that oughta be pretty interesting. I would derive no small amount of entertainment from learning that Michael Sweet rivals Attila Csihar in BM howling and croaking ability.

Meanwhile, L.A. Guns — the version with original members Guns and Phil Lewis (vocals) — have released a new single, “Let You Down.” The band apparently wrote and recorded it recently while working on their next album, and were “so struck by the song that they felt the need to release it immediately.” I suspect that its release may also have something to do with the fact that the other L.A. Guns — the one with original members Steve Riley (drums) and Kelly Nickels (bass) — released a new single of their own last month.

That song is fine, but there’s a reason I didn’t deign to cover it and aren’t even naming it by name right now. “Let You Down,” on the other hand, is pretty great, the kind of dark, moody, sad song at which LAG have always excelled, half “Over the Edge,” half “The Ballad.” You can check that out below:

The new album will be out this April.

Metal Sucks Greatest Hits
0 -
Why There Will Never Be Another Metal Band as Big as Metallica
0 -
Thirty of the Worst Heavy Metal Album Covers of All Time
0 -
Watch This 10-Year-Old Girl Shred Through Slayer’s “War Ensemble”
0 -
Detailed Analysis: Vest Metal is Officially the Next Annoying Trend in Metal
0 -
Viral Drummer Nandi Bushell Pays Tribute to Taylor Hawkins: “Thank You for Looking After Me”
0 -
If You Like Bass Dogs, You’ll LOVE Drum Fish