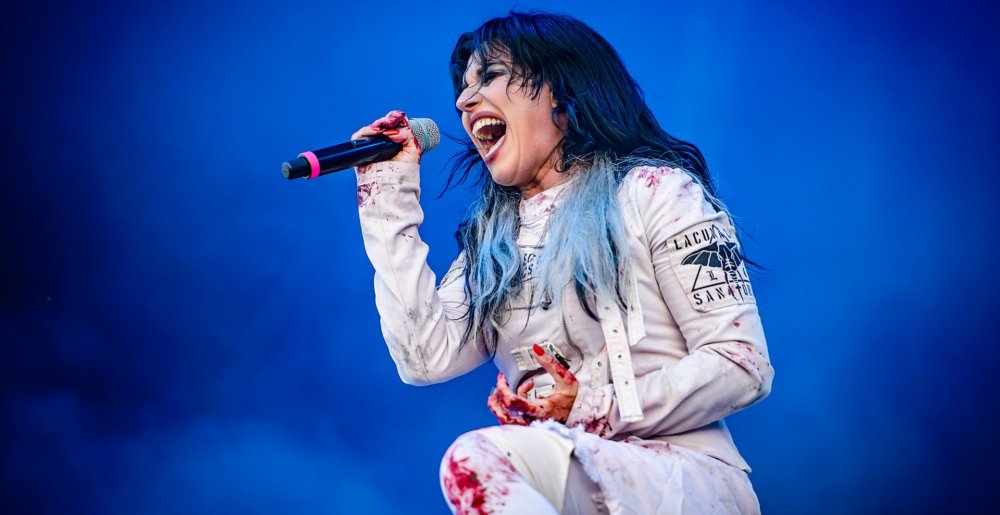 Lacuna Coil Frontwoman on Bands Surviving the Pandemic: “We Will All Be Changed After This”

Milan, Italy was one of the early hot spots of the global pandemic. After two months in strict lockdown that began at the beginning of March, Italians have finally begun venturing out of their homes in the past couple of weeks as the virus has been brought under control, at least for the time being.

MetalSucks caught up with perhaps the most well-known Italian metal musician of all time, Lacuna Coil frontwoman Cristina Scabbia, on a recent episode of The Quarantinecast to discuss what it’s been like living in such an intense lockdown, how it feels to finally spend time outside again, how she’s been keeping busy, the possibility of new Lacuna Coil music and more.

On dodging a bullet by getting home just in time from the band’s February tour of South America:

“We came back to Milan just in time because the lockdown started on March 8 or 9, and we came back from a South American tour on the 27th of February.

“It was just surreal because no one would have ever expected something like this. We started to get news like, ‘Hey, more people are infected by the virus… oh, no, this is just the flu…’ And all of a sudden, chaos. All of a sudden, global pandemic.

“I remember in the very beginning, the first two, three weeks, of this lockdown, even going out for groceries was pure panic. I remember the voice in the grocery store like, ‘Please be fast!’ so people outside the store can enter, be fast, wear a mask and gloves. It felt like you had a countdown, it felt like you’re in a movie.”

On finally being allowed to venture out again with less fear:

“A couple of days ago we started to go out again, so there is no lockdown anymore. We’ve been in a lockdown for two months, only being able to go out for work, for buying groceries or for emergencies. But now we can go out and visit some relatives if we want.

“It still feels weird because everybody has to wear a mask and there are much, much less people in the streets. That’s a sign that people are still afraid. Things are getting slightly better.Aactually they just said on the TV news that there are more deaths but at the same time there are more people healing. So slowly, we are hopefully getting out of it.”

Asked if she sees a transformation in the music industry during and after the pandemic, she answered:

“Well, artists and musicians are living mainly on concerts and merchandise at the moment [generally], so while we have different ways for small income, the bigger income is gone at the moment.

“It will not be easy, but we will eventually restart. It’s hard to make plans and it’s hard to think what will happen, we just need to be patient and try whatever we can.”

On the importance role music and all art play during these times:

“We will all be changed after this. I know a lot of bands that decided to release a record anyway, because I have the feeling that people have realized, in this period, how important music and art are. Without music, without art — and with art I include movies as well, drawing, painting, sculpting — how we could have been able to spend the time in quarantine? I just think about, what if this was happening 20 years ago with the technology we had back then?

On whether or not her and Lacuna Coil are working on new music right now:

“Yes, actually today, Marco, our bass player, just sent me some music that he did just for fun and I’m going to work on it. Even if working on a new record is not in the plans because we released a record last October, Black Anima, so the record is still fresh. We put so much into that record, so at the moment there is no inspiration for that, but I always think that it’s a good exercise and it’s cool to work on music regardless.

“So I’m starting to feel inspired again and I did this today, I put some lyrics and vocals on this new project, but we didn’t think about writing on purpose because of the quarantine.

Listen to the whole chat with Cristina below.

Sponsored Links from Across the Internet
Show Comments
Related Articles
New Stuff 0
Lacuna Coil Dropped a Single and We’re Really Nostalgic About It
September 17th, 2022 at 9:00am MetalSucks

You used to dance alone in your bedroom to the original release of Lacuna Coil’s Comalies. Come on, you know you did.

Things got, shall we say, symphonic.