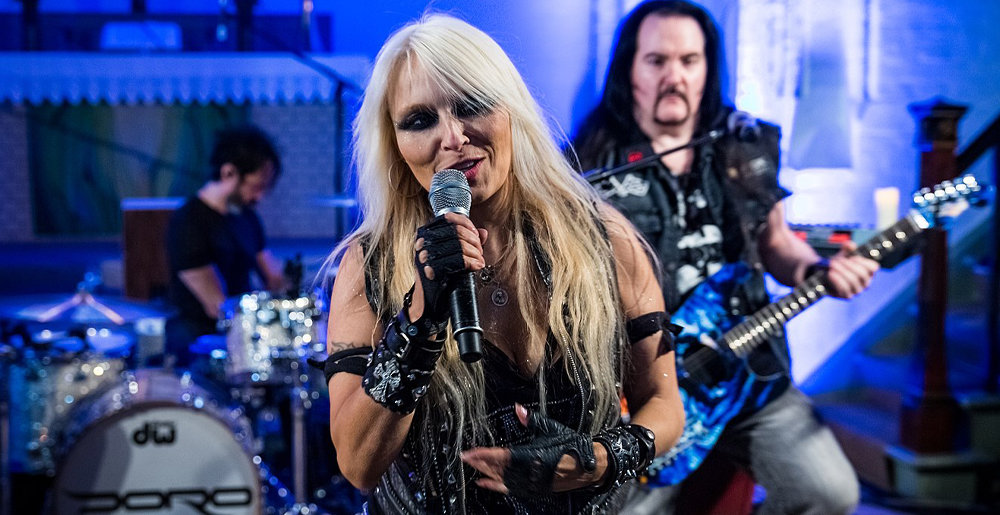 While the world eagerly awaits the impending implementation of the full-body concert prophylactic, musicians and promoters alike are exploring other ways to get the concert industry back up and running. One possible option has been the drive-in concert, a not-quite-trend started by a Danish musician earlier this month.

At least one metal musician finds the idea of the drive-in concert appealing: Doro Pesch. The former Warlock singer will perform at the CARantena Arena, a drive-in movie theater in Worms, Germany, on June 13. Concertgoers will be limited to two adults and children who have been quarantining together per car. And as demonstrated by the below video, which documents an ABBA cover band performing at the venue, the show will be broadcast both on a big screen and into concert attendees’ vehicles.

I’m of two minds about this. On the one hand, a drive-in concert seems, well, weird… especially for a metal show, where the crowd is usually so vocal and physically active (Instead of applauding, do people honk their horns in appreciation after every song? For power ballads, are headlights used in lieu of cigarette lighters or phone screens?). On the other hand, I would definitely go at least give the drive-in concert a try. Maybe it would be kinda like a tailgate party where you can’t actually get out of your car? Maybe that would almost be better than a tailgate party because you won’t have to deal with the unpleasant cacophony of a hundred fans all blasting different songs by the band they’re about to see?

Being neither a Doro fan nor a resident of Germany, however, I won’t be giving this particular show a try. If any MetalSucks readers do go, please drop us a line and let us know how it was. Fun? Awkward? Both? I’m sincerely curious.

This. Lady. LOVES. Touching. Her belt.

For these fans, that time Doro walked near their car shall forever be a cherished memory.

Metal Sucks Greatest Hits
0 -
Comedian Rob Delaney’s Open Letter to High on Fire’s Matt Pike
0 -
What If Metal Album Covers Were Truthful?
0 -
Someone Made a Lemmy Doll from a Mr. Potatohead
0 -
Thirty of the Worst Heavy Metal Album Covers of All Time
0 -
The formula 4 good music: Generic, but with a gimmick (*please read*)
0 -
Advanced Discrimination & Dragons: A Critical Look at Varg Vikernes’ Myfarog RPG