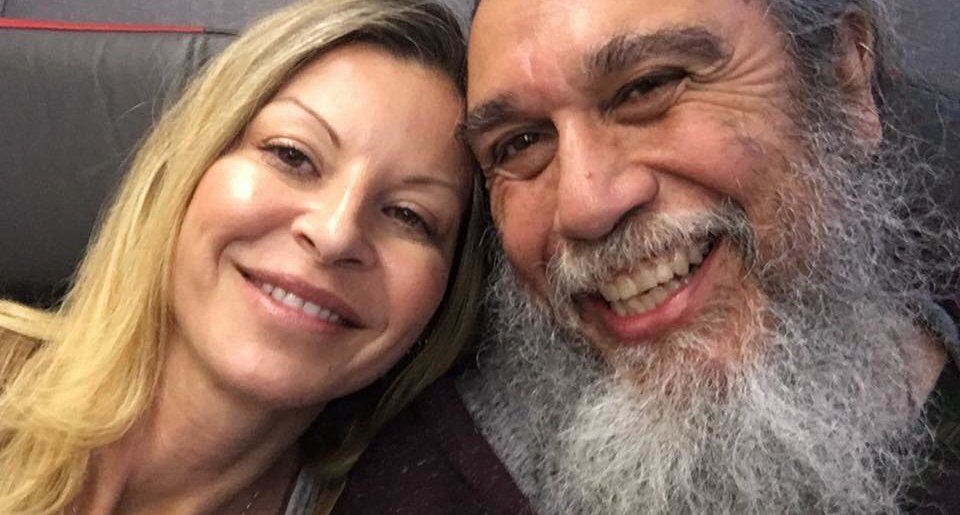 Sandra Araya, wife of Slayer frontman and bassist Tom Araya, has in recent days been using her Instagram platform — which has more than 32,000 followers — to post memes and messages expressing blatant racism, opposition to the Black Lives Matter movement and support for law enforcement. Her posts also condone the conspiracy theories that the coronavirus pandemic is a hoax, former Secretary of State Hillary Clinton ran a child sex trafficking ring and more, as well as support for the fringe alt-right conspiracy theory group QAnon.

We shouldn’t be too surprised that Sandra’s political views fall on the right-leaning side of the spectrum — her husband has often used the language of the right in the past, such as calling liberals “snowflakes” and “crybabies,” supporting private gun ownership and implicitly backing Vice President Mike Pence’s anti-gay record — but perhaps we should’ve known something was up when Araya claimed, in 2017, that there was a liberal conspiracy to scrub the internet of an obviously Photoshopped picture of Slayer with Donald Trump.

And while Tom hasn’t commented publicly on the ongoing Black Lives Matter protests, given the above it’s not a stretch at all to think his views are aligned with those of his wife, who is currently posting memes that support cops, belittle protestors, spread debunked conspiracy theories and propagate harmful racist stereotypes.

And her complete denial that the murder of George Floyd is an issue of race:

Moving onto the protests, it’s clear Sandra doesn’t value “social justice” one bit, and is totally fine with the way police are treating protestors:

She also isn’t shy about sharing her view that the coronavirus pandemic was an overblown hoax sold by the liberal media for political gain, or that Hillary Clinton ran a child sex trafficking ring (the thoroughly debunked “Pizzagate” theory):

Sandra re-posted a message by the far-right conspiracy theory group QAnon, and also confirmed her support of the group to a commenter:

We could keep going, because it’s endless on her profile… but what’s the point? You’ve seen enough.

We’d like to conclude this post by encouraging those who can afford to do so to donate to the following groups who support racial reform in the United States:

Metal Sucks Greatest Hits
0 -
I Am The Working Class: The MetalSucks Interview with Fenriz
0 -
BREAKING: Joey Jordison Back in Slipknot as Percussionist!
3220 -
What is UR Favorite Classic Nu-Metal Band??
8850 -
The 101 Rules of Nu-Metal
2760 -
Who Are The Top Ten Lyricists?
0 -
Is Facebook Trying to Extort Bands and Brands?