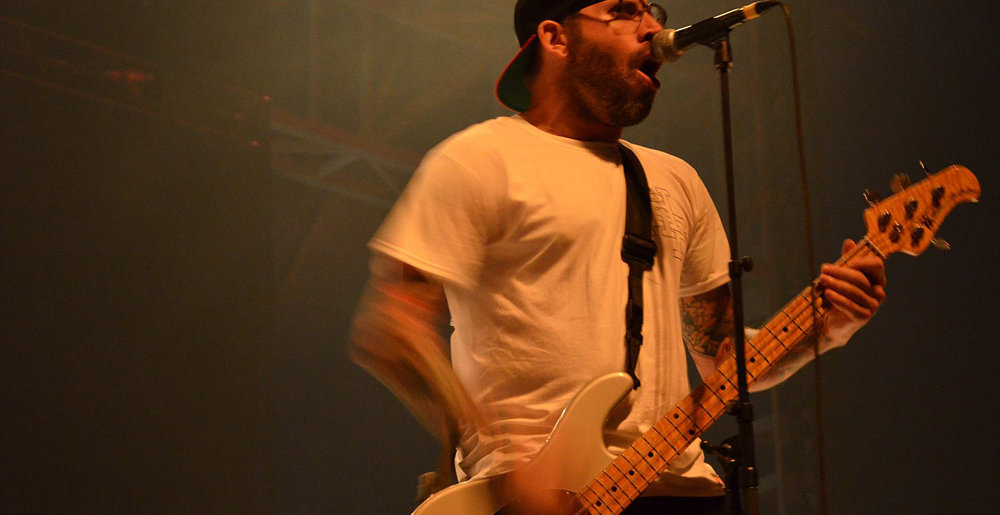 Former The Ghost Inside Bassist Jim Riley Defends Bracewar’s Rashod Jackson, Discusses His Use of a Racial Slur

As you’re likely aware, last week, The Ghost Inside announced a new shirt design to benefit the NAACP… which lead to Bracewar drummer Rashod Jackson accusing TGI bassist Jim Riley of using a racial slur when addressing a tour bus driver several years ago. The Ghost Inside subsequently split with Riley. Meanwhile, Jackson came under fire himself for having used a homophobic slur on social media multiple times in the past. The drummer has since issued a formal statement in which he both apologized and explained why he felt his past mistakes didn’t disqualify him from being offended by Riley’s language.

Now The PRP reports that Riley has participated in an hour-plus video discussion regarding his use of that racial slur. During that discussion, Riley admitted being guilty of Jackson’s accusations, expressed remorse for his past actions, outlined a plan to hopefully move forward as a better, more enlightened human being, and also defended Jackson’s anger.

Riley on his past use of a racial slur:

“I admittedly have been reckless with that word in the past, and I don’t mean to diminish it—I don’t want to try to downplay it, I’m doing my best to be here own it in every way that I can. Looking back today is a person that I think is dramatically different than the person I was in in 2013, or ’14 or 2015—even when I offered that first apology to Rashod, when we spoke on the phone.

“He called me out on this in 2015. I reached out to him immediately, we spoke on the phone. I owned it that day. I said I have used this word before. And I apologized and he told me it wasn’t enough and that really shook me. I know people are gonna say that’s bullshit or whatever, but that incident changed my mindset. I have fundamentally changed the way that I think about things regarding race since then.”

Riley on how he plans to make up for his behavior:

“I don’t want to wade into the shit on social media, It’s so unproductive. Seeing Rashod get dragged through the mud for his shit makes me sick to my stomach.”

“…What I know from our mutual friends, he’s [Rashod Jackson] a great dude. I know he’s active in his community. His character and being called out by him is one of the reasons is why I took that so seriously. I know that he is a good person. And here I am, if I’m gonna ask for the ability grow, Rashod has to be granted that same ability to grow.

And I’m not a gay person—that’s not my fight to be in. But for anyone to say that Rashod can’t have an opinion about this because of what he has said in the past is totally invalid—that’s not how this shit works. He is a black man, he’s speaking out about injustice in the black community and that’s his right.”

Riley on The Ghost Inside’s shirt to benefit the NAACP:

“I felt—and I was the driving force behind putting that shirt up—that in this moment our band, because of what we’ve been through—because of all this… because of our position in the world—that we were going to get a lot of media attention from a lot of places that other bands that we’re adjacent to don’t reach.

“And that it was our obligation to take the message into those spaces. And that rather than put up a t-shirt that was gonna make us money the day before this record comes out, I made the point that we should participate in what’s going on and make a statement and put this shirt up, and try to raise a whole bunch of money to help what’s going on.

“And I know that it looks like a PR move… All I can tell you is the band didn’t need help marketing, that’s not what it was about. The album was coming out and it was going to be well-received regardless.”

You can watch the entire discussion below.

Pummeling Politics 0
The Ghost Inside Express Regret Over Firing Bassist for Use of the N-Word
September 17th, 2020 at 1:33pm MetalSucks

This past June, both Bracewar drummer Rashod Jackson and Terror […]