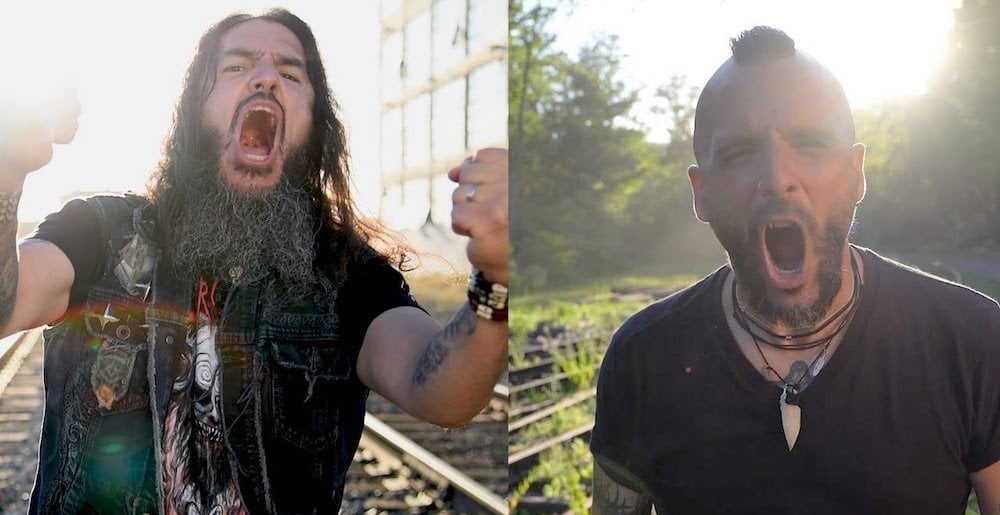 Machine Head’s Robb Flynn and Killswitch Engage’s Jesse Leach recently asked fans to send brief videos of themselves taking a knee with a fist up in the air for an unspecified project, which we assumed was somehow related to Black Lives Matter. Well, now we know what that project was, and yes, it is related to Black Lives Matter: the footage has been incorporated into the music video for “Stop the Bleeding,” a new MH song that features guest vocals from Leach. The track’s lyrics — which Flynn says wrote “on Wednesday May 27th, 2020, the day that the four officers who murdered George Floyd were (originally) not charged with anything” — make it pretty clear what Flynn and Leach have on their minds:

Born lucky cause the color of skin
America your heart is caving in
Somehow I thought this was the land of the free
Where is our humanity?

“Stop the Bleeding” is part of a new two-song digital single, Civil Unrest, which also includes the new song “Bulletproof” (which does not feature Leach). According to a press release, “Machine Head are donating a significant portion of their streaming proceeds from ‘Stop The Bleeding’ to https://www.grassrootslaw.org, the organization representing George Floyd, Breonna Taylor, and Ahmaud Arbery,” all of whom were murdered by the police.

You can check out “Stop the Bleeding” via the below music video, which includes the footage Flynn and Leach solicited from fans. Scroll down a little further to hear “Bulletproof.” Civil Unrest is available now via all the usual digital streaming platforms.

Metal Sucks Greatest Hits
0 -
Etienne Sin: What the Actual Fuck
0 -
Which Bands are “The Big Four of Death Metal”???
0 -
The Top Ten YARLERS of All Time
0 -
Hallowed Be Thy Game: Brütal Legend is a Love Letter to Heavy Metal
0 -
Thirty of the Worst Heavy Metal Album Covers of All Time
0 -
David Hasselhoff’s “True Survivor” Music Video Just Broke the Internet