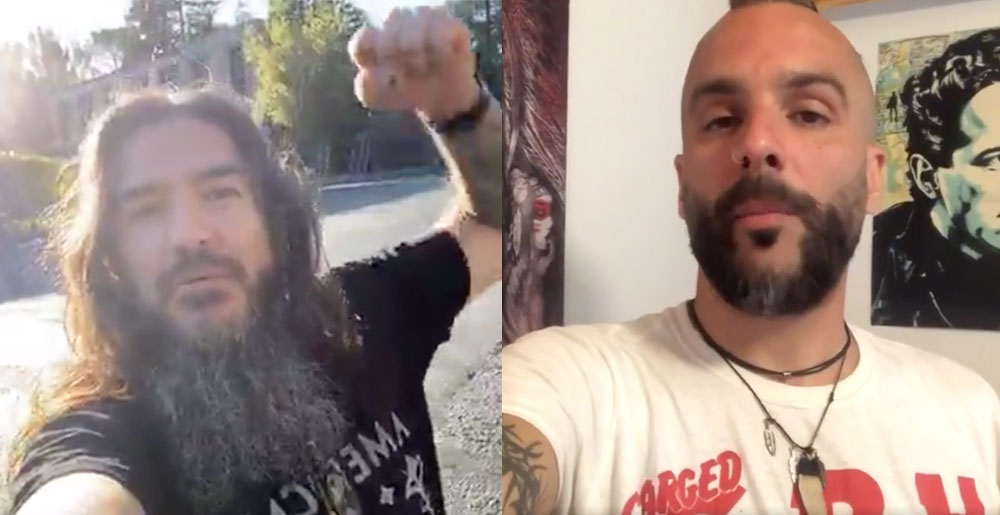 Killswitch Engage frontman Jesse Leach and Machine Head frontman Robb Flynn want your help on a new collaborative video project they’re working on to honor the Black Lives Matter movement. At least it sure seems like that’s what it’s for, although they haven’t explicitly said so.

In a Facebook live video posted by Flynn announcing the project — later shared by Leach with a video message of his own — the frontmen of two of metal’s biggest bands have asked their fans to send in 10-15 second videos of themselves, filmed at sunset, taking a knee with a fist up in the air. They plan to compile the submissions into a video project the nature of which they haven’t overtly specified… but man, if this isn’t about Black Lives Matter that would be a super strange look, especially given both men’s outspoken stances on race relations in the U.S. Flynn’s post begins with the title “Take a knee for justice” and Leach warns fans who don’t agree with his message to simply scroll on by rather than leaving a hateful comment… so yeah.

You can watch Leach’s call to action, which includes Flynn’s video in the second half, below. If you’d like to participate, email your videos to [email protected].

Metal Sucks Greatest Hits
400 -
Danzig is Just Cleaning Up His Motherf*cking Bricks, Bitch
8850 -
The 101 Rules of Nu-Metal
2860 -
What is the Best Christian Metal/Hardcore Band???? [you’re moshing 4 Christ]
0 -
For $16,000, Ted Nugent Will Stay the F*ck Away From Your Town
0 -
Editorial: Slayer Should Become Professional Songwriters
0 -
The Single Greatest Analysis of Nickelback’s Work Ever Written