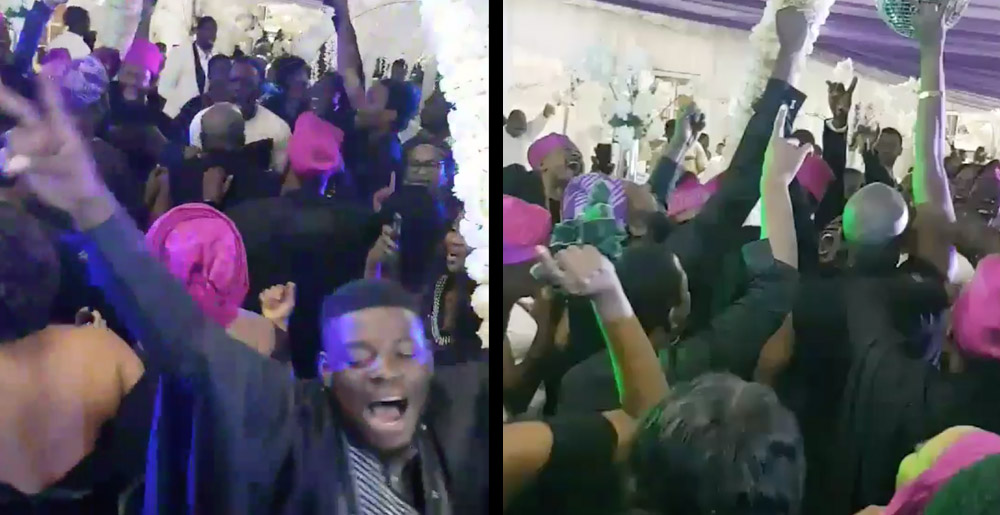 Nigerian Wedding Moshing to System of a Down Goes Viral

It’s no secret that there are way too few black voices in rock and metal. For a genre that prides itself on accepting everyone, there are too few role models for aspiring black metal musicians to look up to (not “black metal,” smartass), and as such, the genre has not often been a welcoming place for people of color.

With that in mind, this incredible video of a Nigerian wedding party losing their minds while singing along to System of a Down’s “Toxicity” is exactly the kind of timely reminder we need to start breaking down those walls. System of a Down’s music has always been a calling card for justice, but the timing of this clip’s viral explosion intersects wonderfully with both the Black Lives Matter uprising in the wake of the murder of George Floyd and the recent publicly aired difference of opinion between leftist vocalist Serj Tankian and his Trump-supporting, pro-cop, racist drummer, John Dolmayan.

The fun didn’t stop at System: the wedding party also jammed out to Disturbed and Asking Alexandria. You can watch all three clips below!

System of a Down:

Tags: system of a down