Metal Sucks
Metal Sucks 15 Metal Songs About Bigotry + the Police That Aren’t... Sevendust Guitarist: “We Love That We are a Biracial...
- Tweet SHARE
Enlarge
Br00tal-lists 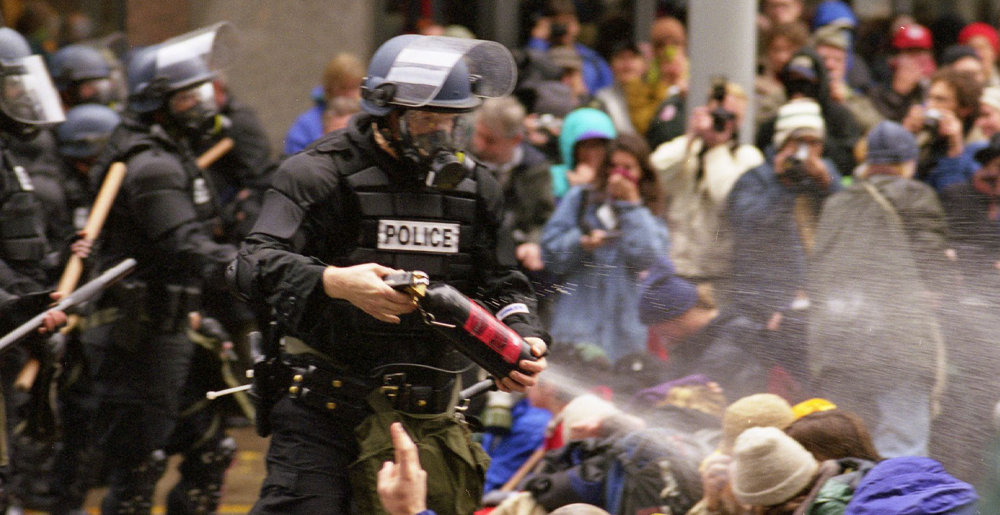 With America’s institutional racism at the forefront of everyone’s minds right now, it’s not surprising that Rage Against the Machine have enjoyed a surge in popularity. But here’s the thing: systematic racism and police brutality are a machine against which metal has been raging for decades! There are plenty of great songs that have tackled one or both of these topics before.

Sample lyric: “All throughout this so called nation/ Prepare yourself for the final quest/ This world is doomed with its own segregation/ Just another Nazi test”

Sample lyric: “Riot squad, bash their heads/ Kick their ass until they’re dead/ I won’t be a fascist pig”

Sample lyric: “Love the land and fellow man/ Peace is what we strive to have/ Some folks have none of this/ Hatred and prejudice”

Sample lyric: “A chronic complaint of dimness/ Prevails your profound ideology/ A romantic vision of a master race/ Attained through coercive forms of authority”

Read this if you wanna know why both songs are included. -Ed.

Sample lyrics: “Cop killer, better you than me/ Cop killer, fuck police brutality!” (Cop Killer)
“We say that ‘Black Lives Matter’ Well truthfully they really never have/ No one ever really gave a fuck/ Just read your bullshit history books” (“No Lives Matter”)

Sample lyric: “He’s always tryin’ to make up for his little quips/ The joke about the ni**a and the yellow n*p/
Then he tells me ‘I’m so different from those other shits’”

Sample lyric: “This is the tale of Mr. Black/ Broken down and beaten/ A product of an enraged nation”

Sample lyric: “In pieces shall we rest, for those who choose not to believe/ So put me to the test, who wrote those pages of history?”

Sample lyric: “It’s 2017 but in a ’40s trend/ With a racist president that’s ‘making everything great again’”

Sample lyric: “Tell me where does it stop?/ This tower of law, this army of cops”

Metal Sucks Greatest Hits
0 -
Sean Z.’s Twelve Inch Face Pubes Win the MetalSucks Best Beard in the History of Metal Bracket!!!
0 -
Editorial: The Metal Community Must Stop Letting Phil Anselmo Off the Hook for His Racist Remarks
0 -
Detailed Analysis: Vest Metal is Officially the Next Annoying Trend in Metal
0 -
The Secret 2 a Successful Career in Music
0 -
Why There Will Never Be Another Metal Band as Big as Metallica
0 -
New Candidate for Most Metal Wedding Ever: Bride and Groom Shred Down the Aisle