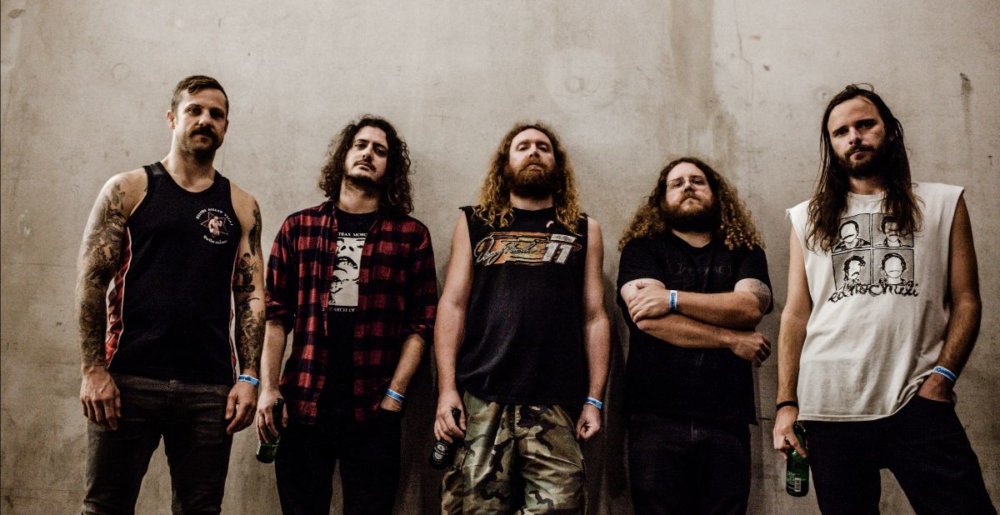 Inter Arma’s cover of Prince’s classic “Purple Rain” starts out innocently enough: the song’s iconic opening chords, the familiar crooning (albeit with a much gruffer sounding vocal)… basically an ever-so-slightly heavier version. But then the guitar solo kicks in about halfway through the track and it takes a turn for the more extreme, with fuzzed out walls of distortion providing the backdrop for the ensuing shredfest. It’s glorious, and the fact that Inter Arma’s version is both slower and tuned lower than Prince’s original makes it hit even harder, even if it’s not balls to the wall brutality in the way we usually think of defining “heavy.”

“Purple Rain” comes from Inter Arma’s forthcoming covers album, Garbers Days Revisited — a play on words based on the name of the band’s former practice space and Metallica’s 1987 covers EP Garage Days Revisited — that so far has seen the band showcase their versions of Neil Young’s “Southern Man” and Nine Inch Nails’ “March of the Pigs.” Garbers Days Revisited comes out on July 10 via Relapse; pre-order here. Track list and Prince cover embed below.

Sponsored Links from Across the Internet
Show Comments
Related Articles
...And F*ck You Too 0
Kid Rock and Prince Were Apparently Huge Dicks to Steve-O
April 29th, 2022 at 1:46pm Emperor Rhombus

One kicked him, the other just turned up his nose.

Viral Vomit 0
This Slayer/Prince Mash-Up Will Make You Go Crazy
January 11th, 2022 at 10:08am MetalSucks

The band known for covering Phil Collins’ “In the Air Tonight” takes another stab at the covers game.