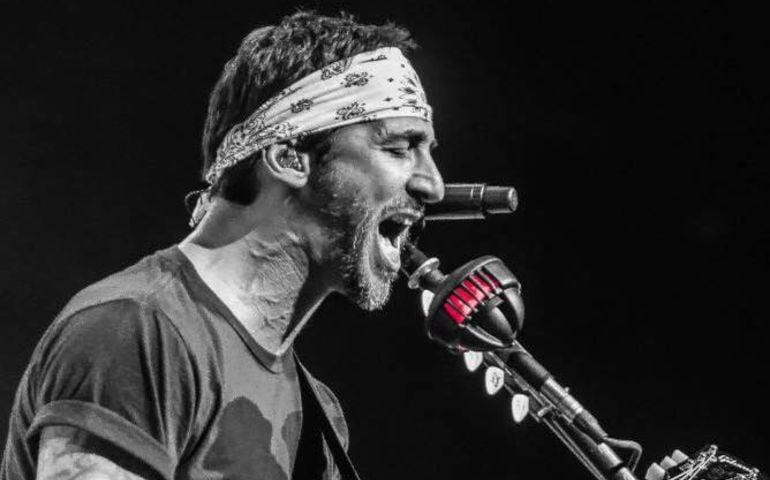 Godsmack singer and noted brain surgeon Sully Erna says that the left is holding onto a vaccine for COVID-19, and that they’ll only release it if Joe Biden is elected president.

Speaking on his Internet show, Erna said of Biden and the coronavirus:

“It’s so politically driven. It may not be gone completely, but we’re gonna see exactly where this country stands. You watch, though — on November 4th, we’ll see exactly what’s going on. If [Donald] Trump stays in [office], COVID’s gonna be a big, messy pain in the ass, and there’s gonna be more people burning down Wendy’s fucking restaurants. If Trump fucking is gone, all of a sudden they’re gonna have this miracle vaccine that those fucking liars have been holding on to.”

Erna, who was flagged by Facebook earlier this year for helping to spread disinformation about Bernie Sanders, continued:

“I don’t care if Trump stays or goes, but do not let Biden control this country. Because if Biden controls this country, he’s not really controlling it — it’s all the people pulling his puppet strings that are gonna control it. I guarantee you we’re gonna be really close to losing this country if that dude gets in office. And that is not gonna be a fun place to live. What used to be one of the greatest countries in the world, right now it’s an embarrassment. People are laughing at us all over the globe. Even the crazy countries that we sit there and we watch the news sometimes, because they’re beheading people and doing this radical shit, and we’re, like, ‘Wow, man. [I] don’t wanna live over there,’ now, all of a sudden, those countries look at us and they’re, like, ‘What the fuck is going on in America right now? Those people are out of their mind.’”

In 2007, Erna settled a multi-million dollar court case with a 27-year-old woman, resulting from a car accident which left the woman with a severe traumatic brain injury. Erna blamed the design of the road for the accident.

That last part doesn’t have anything to do with anything, we just wanted to remind you what a good guy Sully is.

You can watch Erna make his scholarly comments below.

Sponsored Links from Across the Internet
Show Comments
Related Articles
Hair Metal Happy Hour 0
Dee Snider Says He Can’t Stop Far-Right Candidate from Playing Twisted Sister: “I Can Not Legally or Morally Stop Her from Using or Singing My Song
July 29th, 2022 at 12:45pm Em Shadows

What the...?? 0
Watch: Kid Rock Opens Show With Video Announcement from Trump: “All of You Are Truly the Backbone Our Great Country”
April 9th, 2022 at 7:58am Emperor Rhombus

The Great Pumpkin looks like he’s never been to a concert in his life.

Metal Sucks Greatest Hits
0 -
Comedian Rob Delaney’s Open Letter to High on Fire’s Matt Pike
0 -
The Top 25 Modern Metal Drummers: The Entire List in One Place
0 -
Science Explains How Metal Singers are Able to Scream Without Damaging Their Vocal Cords
0 -
Website Photoshops Dogs in Place of Bass Guitars Because Why Not?
0 -
The Best Metal Albums of 2013, As Chosen by Metal Musicians Themselves — Part I: Machine Head’s Robb Flynn
0 -
For $16,000, Ted Nugent Will Stay the F*ck Away From Your Town