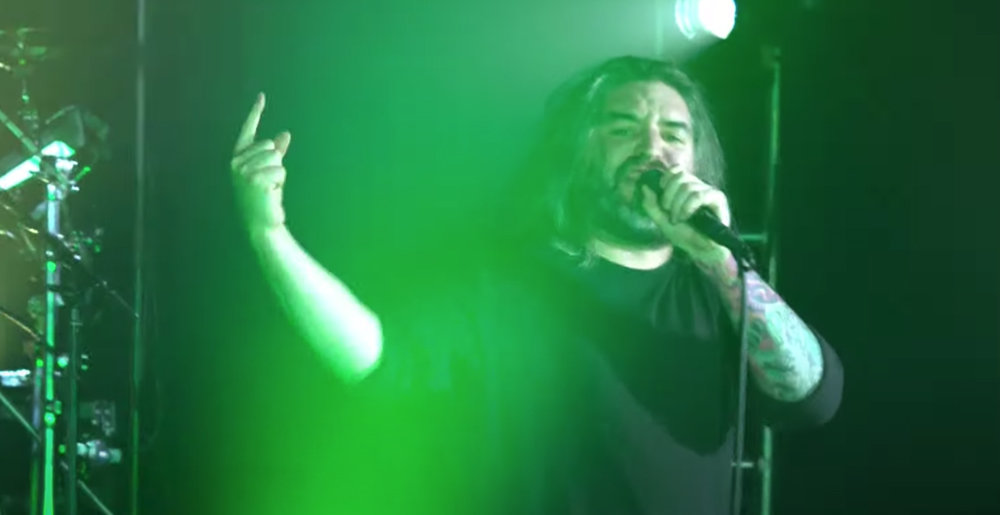 Still not sold on Suicide Silence’s virtual world tour, despite Vince assuring you that it is, in fact, totally rad? Well, maybe this will help: the band has released video of their “Disengage” performance from the tour’s London show, which took place this past Monday, July 6. It more-than-ably demonstrates just how much effort the band is putting into this thing, from the energy of their performance to the lavish stage production to the fact that frontman Eddie Hermida ain’t lettin’ the absence of a crowd stop him from instructing viewers to start a circle pit. Did anyone actually start a circle pit in their home? I mean… I assume someone did, right?

You can check out the video below. Buy tickets for the rest of the tour here.

And while we’re on the topic of Suicide Silence, here’s a recent video we did in which bassist Dan Kenny watches and reacts to fan covers on YouTube:

New Stuff 0
Suicide Silence’s New Single Reminds You of Your Mortality with “You Must Die”
August 31st, 2022 at 11:37am Hesher Keenan

The music video will premiere at 1 p.m. EST