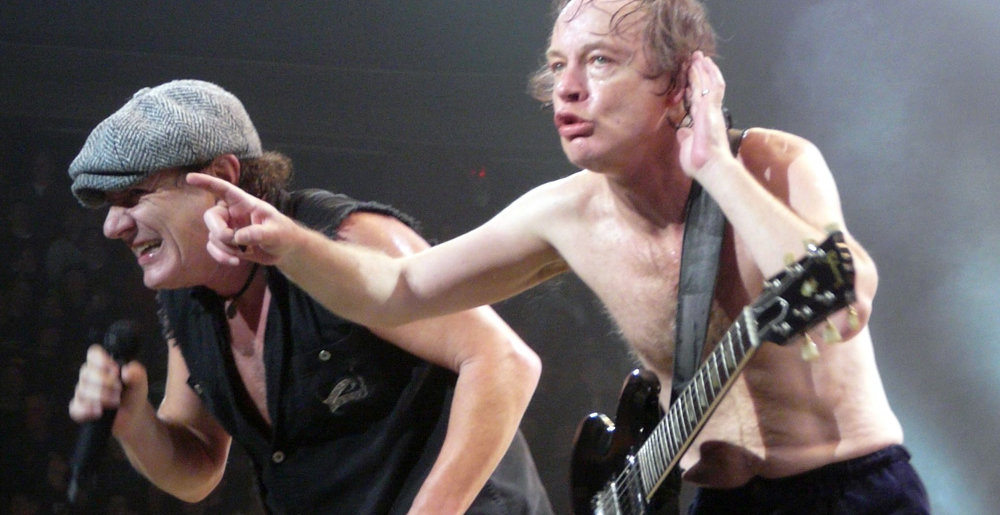 Dee Snider has somehow become the #1 source for AC/DC news in 2020. After revealing earlier this year that the Australian legends’ new album will have “surprises” guaranteed to leave your “jaw on the floor,” the Twisted Sister singer now reports that said record has been delayed as a result of the ongoing global coronavirus pandemic.

Snider broke the news during an interview with ABC Audio, in which he also said that the album “has been recorded.” Which makes sense — the band was first spotted at a recording studio almost two years ago, so you’d hope they’ve finished that phase of its creation by now. Of course, that would still leave mixing, mastering, and package design to complete before the record could be released…

…although I suspect those things have nothing do with the COVID-19-induced delay. If I had to guess, I’d say this was a marketing issue; there’s no point putting out the album if the band can’t tour behind it.

Of course, technically speaking, AC/DC haven’t even confirmed that they’re making a new release. So keep your fingers crossed that Dee has more hot gossip for us soon.