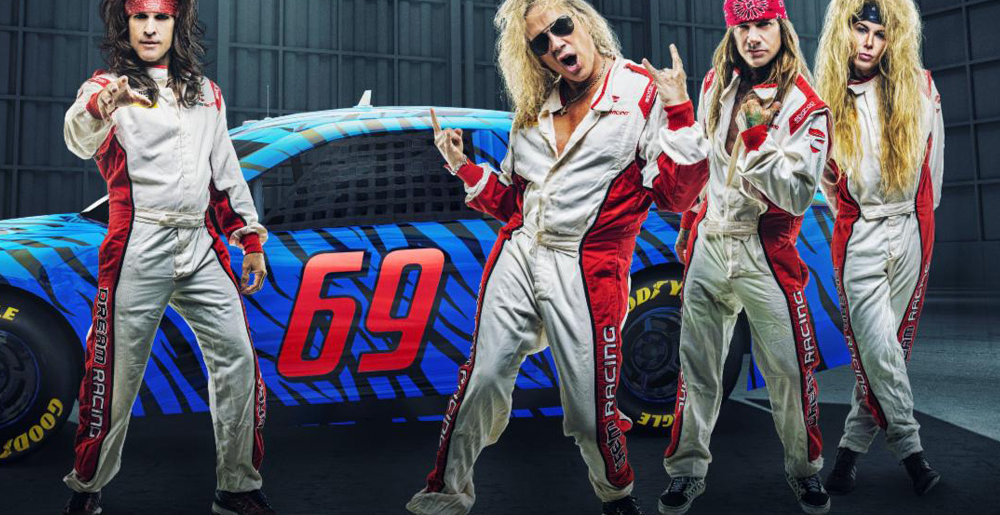 Steel Panther Have Announced a Pair of Drive-In Shows

I’m with Robb Flynn on this one: drive-in shows are lame. But if any band can figure out a way to make them not-lame, it’s probably Steel Panther.

They’re gonna give it a shot, anyway: the band has announced a pair of drive-in concerts, both set to take place in Pennsylvania next month. Those dates are:

Pennsylvania has the pandemic about as under control as any state in the U.S. right now. Pittsburgh is in Allegheny County, where there’s been a very slight uptick in cases recently, and Scranton is in Lackawanna County, where cases are on the decline, according to The New York Times.

Additional information and ticket links for both shows can be found here.

Meanwhile, the band also has a streaming show coming up on August 16. Here’s the press release:

“Rockdown in the Lockdown will be slightly different from what fans saw last time. Steel Panther has filmed a series of sketch comedy pieces that will be played throughout the show giving the virtual experience more depth and laughs. The band will again be interacting with fans around the globe via a live chat. Tickets for the virtual concert will cost $15.00 each; with proceeds from each ticket sold going to benefit a local Los Angeles animal rescue and Live Nation’s Crew Nation Fund (benefitting all touring personnel affected by the Covid-19 pandemic). All fans who purchase tickets to the concert will get access to Steel Panther’s Rockbuster Video Store. The Rockbuster Video Store will be a place where fans can access exclusive content to stream for a period of time. Currently, The Concert To Save The World, Live From Lexxi’s Mom’s Garage and the black metal video version of “Let’s Get High Tonight” is available with ticket purchase and more content will be added. Anyone who has purchased the band’s latest effect pedal The Butthole Burner prior to the concert will get a free ticket to the event. The “You Can’t Beat The Meat & Greet” VIP upgrade is also available that includes access to a virtual one-on-one meet & greet, private video chat with 2 band members and a screen shot selfie.

“Rockdown in the Lockdown is being sponsored by Monster Energy and all tickets and VIP upgrades are available here.”