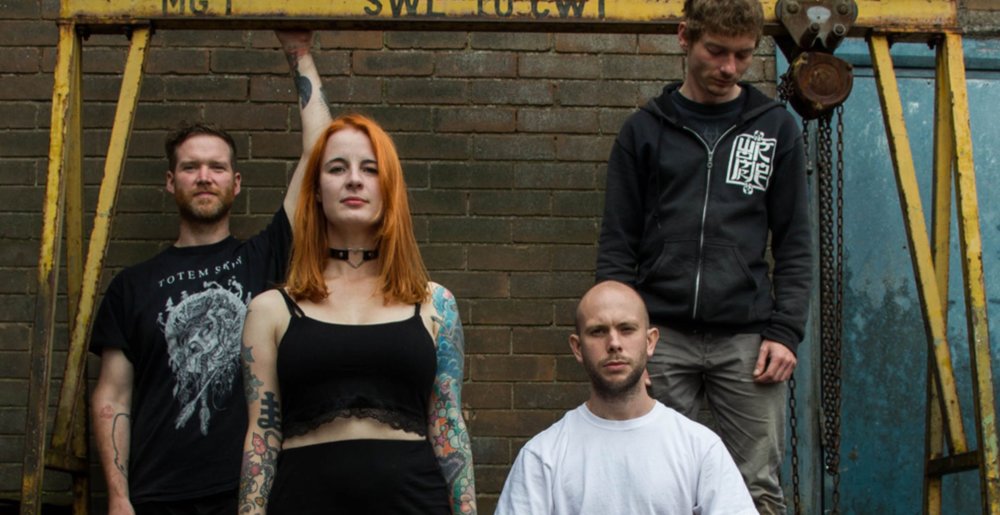 Svalbard Want You to “Listen to Someone” (and Their New Song)

Svalbard vocalist (and MetalSucks contributor) Serena Cherry doesn’t shy away from difficult topics. On “Open Wounds,” the debut single from the band’s forthcoming new album, When I Die, Will I Get Better? (itself a loaded title), tackled the topic of domestic abuse in a very personal way. And now “Listen to Someone,” the band’s latest, addresses depression, specifically the canned line that anyone feeling depressed should “talk to someone.” Cherry explains of the track and her own experiences with mental illness:

“This song is about how we need to do so [much] more than simply encourage people who suffer from depression to ‘talk to someone.’ There’s a lot of well-meaning discussions about mental illness online, and whilst I appreciate that talking about mental illness helps reduce the stigma that depression is a weakness; I do take issue with this catchphrase: ‘Speak to someone.’

“It’s a common sentiment expressed in mental health discourse – people want to make it known that sufferers can speak to them if they’re feeling down, which is a clearly a kind and caring act. However, I would much rather the emphasis was placed on listening to someone. ‘If you want to talk about the most difficult, darkest aspects of your mental health – I will listen without judgement.’ Something like that is an improvement. You can feel the shift in sentiment; and as someone who has struggled with depression – someone offering to listen to me is far more reassuring than someone instructing me to talk to them. When a person urges someone with depression to speak about it, it places the onus on the mentally ill to reach out – which is actually a really difficult thing for a depressed or anxious person to do. Also, if someone does choose to confide about the darkest depths of their depression to you, you need to be truly prepared to listen. This means: not getting impatient or frustrated with the person for being unable to be ‘cheered up.’ Not wincing at the topic of suicide. Not alienating mentally ill people with dramatic reactions to their words.

“It’s all very well and good to encourage people to speak to someone, but people also need to be prepared to listen to the mentally ill without making judgement.”

Musically, the track finds Svalbard as the best version of themselves, doing what they’ve become known for — atmospheric dreamscapes rooted in post-hardcore aggression with a dash of metal — in its most distilled, pure, self-realized form yet.

When I Die, Will I Get Better? comes out on September 25 via Translation Loss Records/Holy Roar; pre-order here.

Finally some black metal you don’t have to feel shitty about liking.

Her new album is themed around the RPG computer game ‘Skyrim.’