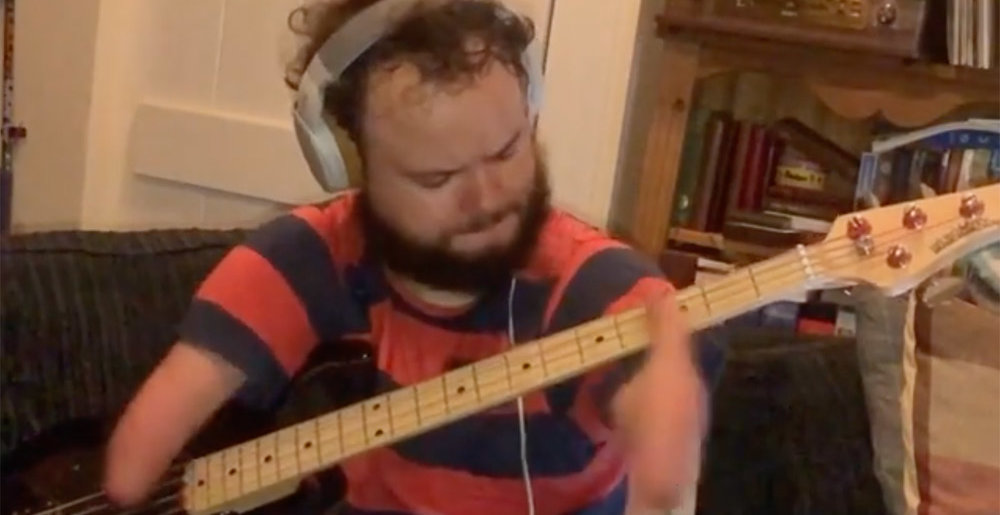 Watch: Man With No Forearms Nails Red Hot Chili Peppers, System of a Down Songs on Bass

We’ve all got obstacles to overcome in life, but certain physical disabilities can be the most limiting and difficult conditions to live with. Not so for Romanian musician Cornel Hrisca-Munn, who has no forearms but has courageously and steafastly managed to become a killer bass player (and drummer!) anyway, posting videos of his performances on the internet for all to see.

Hrisca-Munn’s latest video showcases him playing Flea’s bass parts on the Red Hot Chili Peppers classic “Aeroplane” and absolutely nailing them. The musician has covered other songs by RHCP before on both bass and drums as well as a number of other famous songs over the past decade, including by System of a Down, Foo Fighters and Incubus, but it’s his latest video that’s really caught on in a big way, going viral since its August 14 release. Take a look at that, along with some his past work, below.

Metal Sucks Greatest Hits
0 -
Joey Jordison Claims He Was Fired from Slipknot Via a Singing Telegram
0 -
The 110% Totally True Confessions of a Left-Wing Conspirator
0 -
For $16,000, Ted Nugent Will Stay the F*ck Away From Your Town
0 -
Nothing to See Here, Just Some Photos of Cats Wearing Metal Battle Vests
0 -
Taking Risks
0 -
Danny Worsnop is a Good Writer