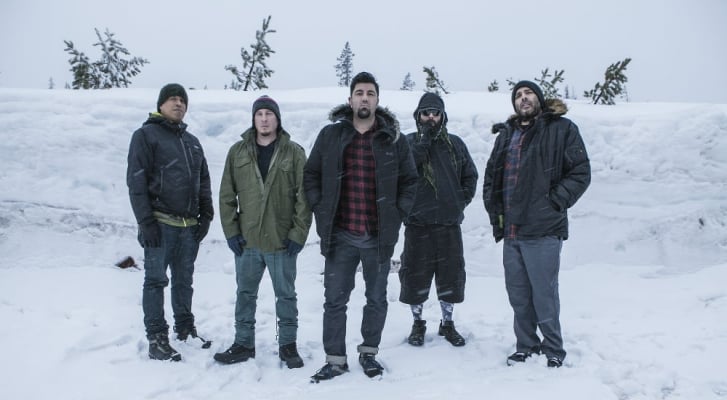 This week has really blown goats. But at least we have these new songs, which don’t blow anything other than minds.

Carcass – “The Living Dead at the Manchester Morgue”

This song would definitely wake the dead.

The best metal song ever written about a meditation mantra.

Metallica – “For Whom the Bell Tolls” (S&M² version)

A new take on an old classic that still feels powerful and relevant today.

How the fuck are Napalm Death still THIS awesome after more than thirty years???

It’s gotta be oligoheard to be believed.

Metal Sucks Greatest Hits
0 -
Video: Dudes Rockin’ Out to Van Halen Meet David Lee Roth, Have No Idea Who He Is
0 -
What if Black and Death Metal Albums Were Children’s Books?
0 -
Worst Year Ever: All of Our 2012 Year-End Sh*t in One Place
400 -
Danzig is Just Cleaning Up His Motherf*cking Bricks, Bitch
1210 -
MetalSucks Exclusive: Behemoth Frontman Nergal’s First Interview Since Being Diagnosed with Leukemia
0 -
Give a Heavy Metal Valentine’s Day Card to Someone You Love