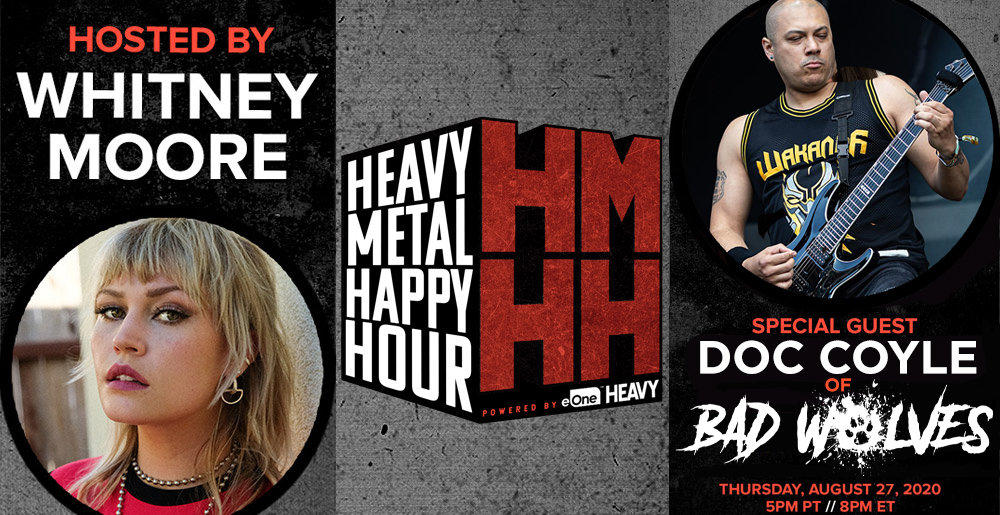 For the better part of a decade, Heavy Metal Happy Hour was a recurring, weekly event that brought together headbangers from throughout the NYC area to unwind with some cheap drinks and killer tunes after a grueling work week. MetalSucks and eOne are thrilled to announce that we’re bringing it back, and we’re updating it for the pandemic era so everyone the world over can tune in!

This week, we’ve invited another very special guest onto the show: Bad Wolves guitarist Doc Coyle! Whitney and Doc will talk metal, life, and whatever the heck else they want as Whitney spins metal tunes and fans ask questions and chat amongst themselves.

Tune in to Heavy Metal Happy Hour via Twitch this Thursday, August 27, at 8pm EDT / 5pm PDT! The broadcast runs for an hour. Don’t be late! And don’t forget to bring your own beer!!