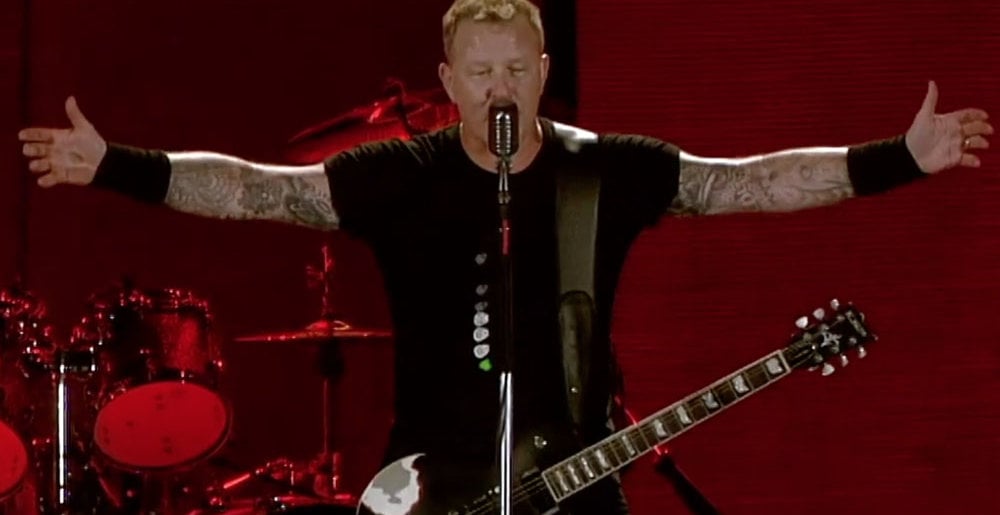 But today’s update is a bit of a sad one: after being one of the first bands to offer consistent entertainment to the masses shortly after the Covid-19 pandemic hit in March with their weekly Metallica Mondays archival concert releases, the band has decided to bring the series to an end after a remarkable 23-week run.

The final installment debuted last night, will be available for viewing throughout the week as per usual, and it’s a doozy: an insane gig from Mexico City in 2017, part of a three-night run there.

Explains drummer Lars Ulrich of the band’s decision to sunset Metallica Mondays and conclude with this particular show:

“This is a big week in ’Tallica world with S&M2 coming this Friday, and the Drive-In concert experience on Saturday, so we figured now is a good time to handover the baton to these new projects and sunset the Monday shenanigans.

“I’m so proud of the fact that these events became a weekly calling card for the Metallica family all over the world to gather and connect during these unprecedented and difficult times the last five plus months and we are grateful, proud and humbled to hopefully have made a small difference in your lives since March.

“I couldn’t think of a better gig to go out on than Mexico City from 2017… we had an insane three night run at the Foro Sol stadium in your beautiful city and there are few, if any places on this planet where the energy is crazier than in Mexico City… plus throw Iggy Pop in as a special guest and it just doesn’t get any better!!

“A big fuck yeah to everyone who had a part in making every week’s event happen, and extra special thank you for donating to All Within My Hands Foundation, bringing in over $100,000. Wow!!

“Once again, thank you for spending the preceding 23 Mondays with us… Much love from San Francisco. Stay safe everyone.”

Watch the concert below! We’ll post the setlist underneath if you wanna skip around.

The drive-in show Lars references is a special live set the band filmed a couple weeks back in an undisclosed Bay Area location that will air simultaneously (or close to it) this Friday, August 28, at hundreds of outdoor theaters throughout North America. Locations and tickets are available here, with admission costing $115 for a car load of up to six people.

16. Fight Fire With Fire
17. Nothing Else Matters
18. Enter Sandman

Metal Sucks Greatest Hits
0 -
What is the best subgenre of metal?? *please read*
0 -
The formula 4 good music: Generic, but with a gimmick (*please read*)
3520 -
RIGHT NOW: MetalSucks & Metal Injection Live Snark The Big Four!!!
0 -
Let’s Gossip About How Much Money Famous Metal Vocalists Make
0 -
Meshuggah’s Jens Kidman is Now a Meme
0 -
So As it Turns Out, Banging Your Head a Bunch Can Be Bad for Your Brain