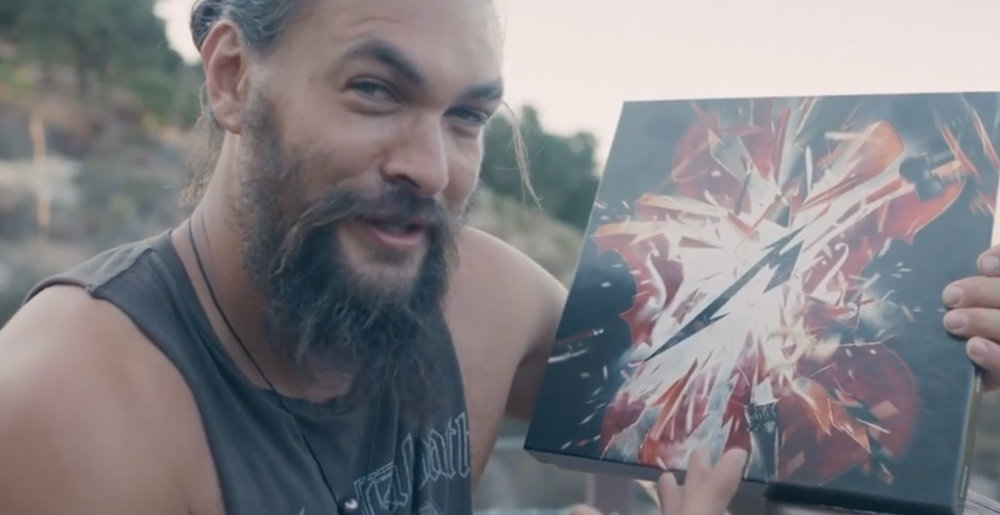 Here are two pieces of fun news for fans of Metallica, the band that ostensibly splits my rent with Tool and Slipknot:

Celebrity metalhead Jason Momoa (Aquaman, Game of Thrones, the upcoming Dune, etc.) has released a video of himself nerding out over S&M², which was released today. The boxed set captures the band’s performance with the San Francisco Symphony last year, which was itself a celebration of 1999’s original S&M. You probably know all that but in case you didn’t now you do.

A new species of venomous snake has been named Atheris hetfieldi in honor Metallica frontman James Hetfield. The African Bush Viper, which can grow as large as 20+ inches*, lives at the base of a volcano on Bioko island in Equatorial Guinea, and is described as having “a triangular-shaped head and strongly-keeled scales, which gives them a dragon-like appearance, which certainly is consonant with the image of a singer of an Heavy Metal band.” (It also kinda looks like a guitar pick.)

“Both me and Mariana Marques, the second author of the paper, are big fans of Metallica and James Hetfield since a very young age. We wanted to honor him, as a thank you for all the good vibes his music has transmitted to us during all of our personal lives and careers. Also, we think that a mysterious venomous and cool looking snake, who lives in the base of a volcano lost in the middle of the tropical forest is very relatable to heavy metal! On another hand, naming a new species after someone as James brings more attention to the much needed biodiversity studies and field surveys. We are in race against the extinction of a large proportion of the world’s biodiversity, and many species may go extinct before we even know they exist!”

You can read the entire interview with Dr. Ceríaco here.

*And they didn’t name it after Tommy Lee? OH!