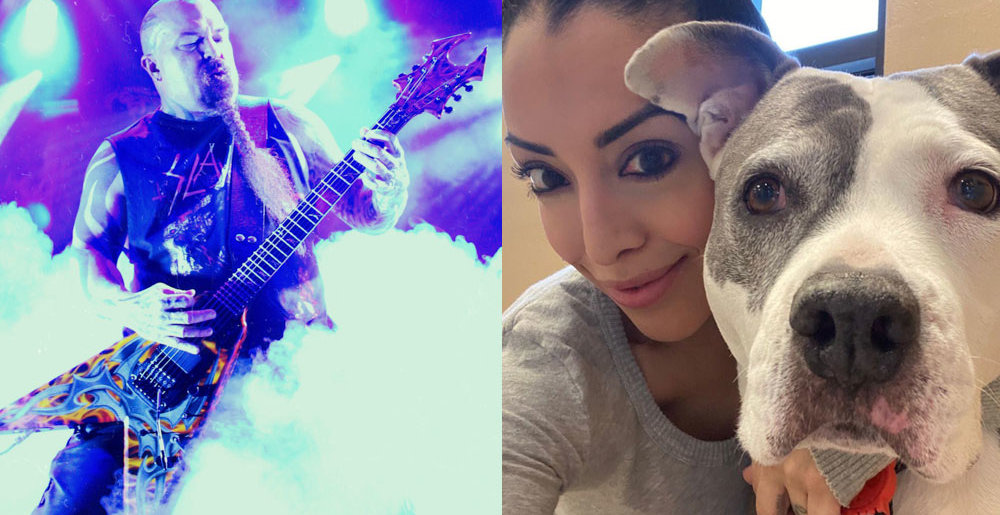 Nothing fires up a bunch of metalheads with venom and piss quite like… cat pictures?

Ayesha King (pictured above in earlier times with a dog), wife of Slayer guitar Kerry King, posted some photos of Kerry holding the couple’s cat on Instagram a few days back. Naturally that sparked some discussion about Slayer, because when I think of cats my mind immediately turns to Slayer, totally logical.

One commenter, Slayer ever present on the brain, posted the following: “No Tom, No Slayer Kerry. Stop thinking Slayer without @tomarayaofficial.”

Ayesha herself then got involved, responding to that commenter, “don’t worry, they’ll never be Slayer again! You can rest easy.”

That comment is presumably a reference to the recent news that King and Slayer drummer Paul Bostaph have teamed up for a new project. Bostaph recently said that the project will “sound like Slayer without it being Slayer — but not intentionally so. I mean, Kerry’s been writing songs in Slayer his entire career, and he has a style. And that style, as a songwriter, you just don’t change your style because your band is done… So, all I can say is if you like heavy music and you like Slayer, you’ll like this.”

In the final days of Slayer’s farewell tour, the band’s management left open the possibility that they would continue in some form without playing live.

Ayesha’s Instagram account is private, but you can take a look at the exchange in the screen shot below.