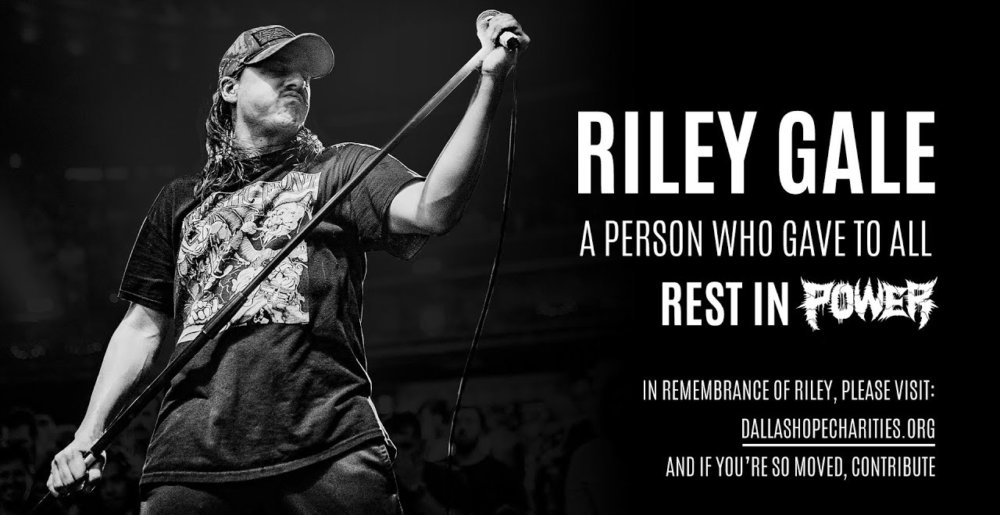 Watch: Power Trip’s 2019 Performance at The Sound and Fury Festival

In remembrance of late Power Trip frontman Riley Gale, who died unexpectedly two weeks back while leaving behind a seemingly never-ending stream of overwhelmingly positive tributes, the Sound and Fury Festival in Los Angeles has posted footage of the band’s entire set at last year’s event. What a treat to watch Riley do what he did best: get the crowd fucking going! Things start off a little on the slow side crowd energy-wise, but before the first song’s over Riley’s got everyone whipped into a frenzy. Masterful.

Consider making a donation to Dallas Hope Charities in Riley’s memory if you can afford it, per the band’s request.

Metal Sucks Greatest Hits
1840 -
The Final Word on Metal Drumming
930 -
The Austerity Program’s Justin Foley and the Search for the GREATEST TACO RIFF OF ALL TIME
0 -
Exclusive Interview: Lamb Of God Drummer Chris Adler on Randy Blythe’s Imprisonment, Upcoming Tour and the Future of the Band
0 -
Thirty of the Worst Metal Band Promo Photos of All Time
0 -
The Top 25 Modern Metal Drummers: The Entire List in One Place
0 -
Nothing to See Here, Just Some Photos of Cats Wearing Metal Battle Vests