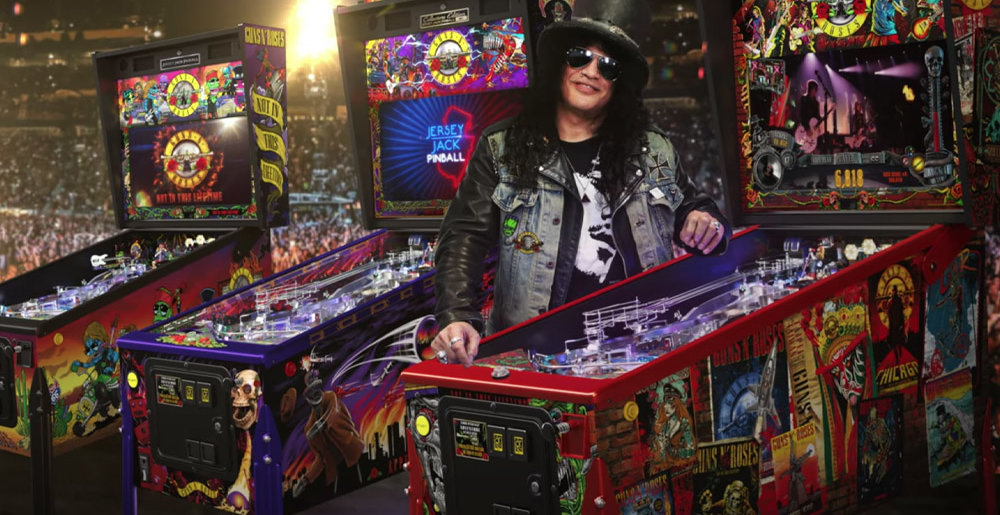 In 1994, Guns N’ Roses teamed with Data East to release their first pinball machine. Slash was heavily involved, supposedly because he loves pinball, but possibly because he was preparing the world for “Be the Ball,” the pinball-themed Slash’s Snakepit which was famously the guitarist’s first (very ill-advised) foray into writing lyrics.

Only 3,000 copies of the game were ever made, and they quickly became something of a mythological item amongst GN’R fans, because the game contained a previously-unreleased GN’R song called “Ain’t Goin’ Down.” That the band was basically done by 1994 only made ownership of an otherwise-unavailable track all the more enticing. (An instrumental version of the track was included on the recent Appetite for Destruction reissue; enterprising fans can probably find bootleg versions of the song with vocals somewhere online.)

Now the game is, at last, getting a sequel, this time courtesy of Jersey Jack Pinball, who have once against designed the game with input from Slash. And while it won’t include any unreleased GN’R music, it will include a fuckton of other cool shit, as demonstrated by this (admittedly annoyingly-cheesy) promo video…

…and these photos (taken by Charles Acosta of Pinballphotos.com):

The game is available in three editions, ranging in price from $6,750 to $12,500. Here’s what you get for that bonkers amount of money:

FULL FEATURES ON ALL THREE EDITIONS

If anyone wants to buy me one of these as a very, very late bar mitzvah present or something, you can get ’em here.