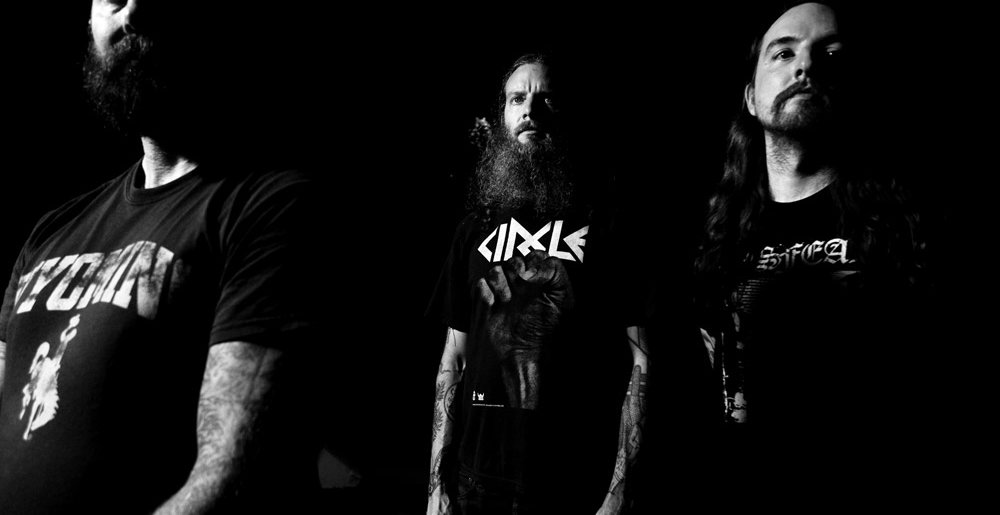 Wanna stream Sumac’s awesome new album, May You Be Held, which was released last week via Thrill Jockey? You’ll hafta do so someplace other Spotify.

The PRP reports that although the album did briefly appear on the popular DSP, it was quickly yanked down (the single, “The Iron Chair,” is the only track from the record which remains available on the service). The reason? Sumac, like so many artists, are pissed off about crazy tone-deaf comments Spotify CEO Daniel Ek made in August.

Defending Spotify’s lousy royalty rates, EK asserted that “the [artists] that aren’t doing well in streaming are predominantly people who want to release music the way it used to be released.” This lead to an outcry from plenty of notable metal musicians, including Dee Snider, Sebastian Bach, Every Time I Die’s Keith Buckley, and Mike Portnoy, who called Ek “a greedy little bitch.”

Ek’s stance is also the reason Sumac won’t let May You Be Held stream on Spotify, according to a social media statement from Mike Boyd, director of publicity at Thrill Jockey Records:

“Apologies for the confusion y’all. The iron chair was up as a single before the decision was made to not have the album on Spotify. The album BEING on Spotify was a glitch, which I had to fix. After the pretty repugnant statements Spotify’s CEO made earlier this year, the band asked that the album not be available on that platform.”

Fortunately, it’s still on other DSPs, such as Apple Music, the CEOs of which have not said anything colossally stupid in public recently.

Also, a digital copy of May You Be Held on Bandcamp is nine bucks, which is a perfectly reasonable amount of money for an album that includes roughly an hour of (excellent) music.

If you wanna sample before you buy, you can stream May You Be Held in its entirety below.

A new endeavor from the acclaimed guitarist.