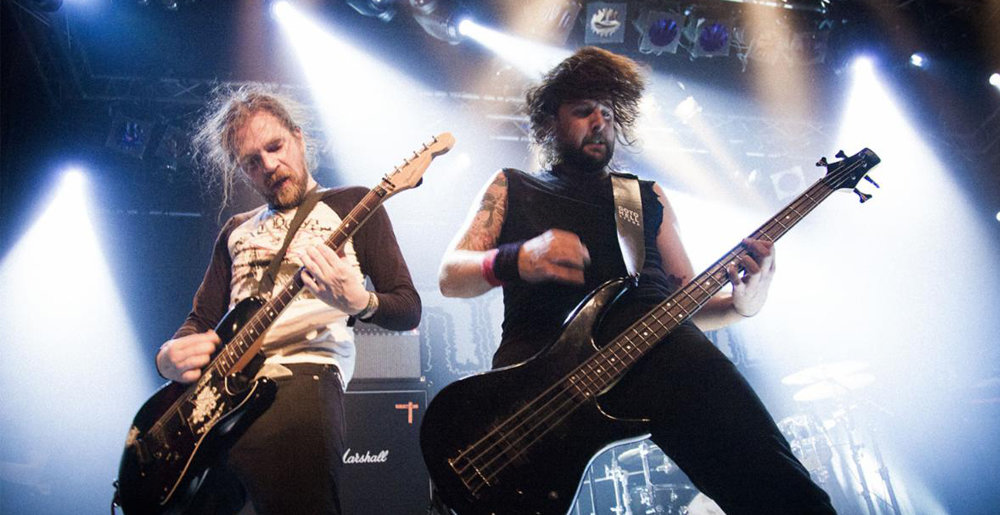 If you’re like me, you’ve been waiting to see the Nasum: Blasting Shit to Bits – The Final Show since it first debuted in Stockholm three years ago. Well, high fives: it’s finally coming to DVD on December 20 via Selfmadegod Records.

“During its tenure, Nasum rose to become one of the most influential acts of the extreme underground. When lead singer Mieszko Talarczyk disappeared and died in the devastating and tragic tsunami of 2004, Nasum instantly ceased to exist. When the band’s would-be 20th anniversary approached in 2012, the band decided to put the band to final rest, “The way it was supposed to end: exploding in a ferocious, blasting frenzy, not withering away at the mercy of tragedy.”

The world tour took Nasum to more than sixty cities on almost every continent over the course of four months. Michael Panduro’s film Blasting Shit To Bits – The Final Show documents the final performance in its intense, impassioned entirety, intertwined with interviews, behind the scenes footage and the band member’s unhinged account of the band’s rise and demise.

Three years after the cinematic premiere of the film, Blasting Shit To Bits – The Final Show will finally see a physical release. The DVD includes the feature-length film, as well as forty minutes of bonus material, including extended interviews and behind-the-scenes video.”

You can watch a clip from the film, in which the band plays “Shadows” from 2000’s Human 2.0, below. The clip was actually released to the public in 2017, when the film was first announced, but if you’re complaining about having to watch too much Nasum you’re doing it wrong.

In June, we learned that Nasum bassist/vocalist Jesper Liveröd is involved in a new project called Blood From the Soul, which also includes Shane Embury (Napalm Death), Jacob Bannon (Converge), and Dirk Verbeuren (Megadeth). We don’t have a timeline on when that will produce music, though.

A quick blast of grind from Dirk Verbeuren (ex-Soilwork) to kick off your day.

The supergroup will release an album, DSM-5, in November.

New Stuff 0
At the Gates and Nasum Members Appear on Bent Sea’s New Track, “Quietus”
September 5th, 2020 at 9:25am MetalSucks

Metal Sucks Greatest Hits
0 -
Converse Rubber Tracks x MetalSucks: Everything All in One Place
0 -
Verax’s Terrible “Time Wasters” is a Great Waste of Time
930 -
The Austerity Program’s Justin Foley and the Search for the GREATEST TACO RIFF OF ALL TIME
0 -
Ex-Attack Attack! Vocalist Caleb Shomo is Smarter than John Holgado
0 -
Eleven Useful Tips for Local/Unsigned Bands
0 -
Let’s Gossip About How Much Money Famous Metal Vocalists Make