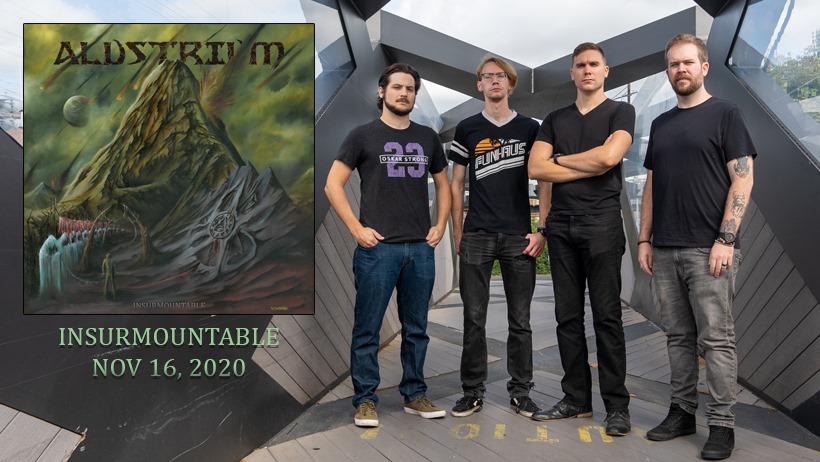 We’ve covered Alustrium on these pages before, although it’s been a while. We were getting ready to kick ourselves for overlooking an incredibly talented, up and coming band for the past five years, but it turns out we’re not at fault: it’s simply been that long since they released anything!

The death metal outfit will return in November with a new EP, Insurmountable, and MetalSucks is pleased as peas to premiere its first single, “Fated to Despair.” There was never any doubt about Alustrium’s technical prowess, but we’re particularly impressed this time around by the song construction and arrangement on “Fated to Despair;” it’s a multi-faceted ripper of a tune that’ll both dazzle with technicality and lodge an earworm deep inside your brain. Fans of bands like Black Crown Initiate and Obscura are gonna be all over this.

Give it a spin below. Insurmountable comes out on November 16. Keep up with the band on Facebook.

Metal Sucks Greatest Hits
0 -
Listen: Every Dillinger Escape Plan Song Played At Once
0 -
West Texas A&M University Launches Course in Metal Lyrics
0 -
Ex-Attack Attack! Vocalist Caleb Shomo is Smarter than John Holgado
820 -
Rigged: Dream Theater’s Mike Mangini Takes You Through Every Piece of His Mega-Drumkit [Part 1]
0 -
I, For One, Welcome Our New Robot Overlords
0 -
Chad Kroeger and Avril Lavigne Finally Wrote a Song So Awful that the Internet Has Collectively Rejected It