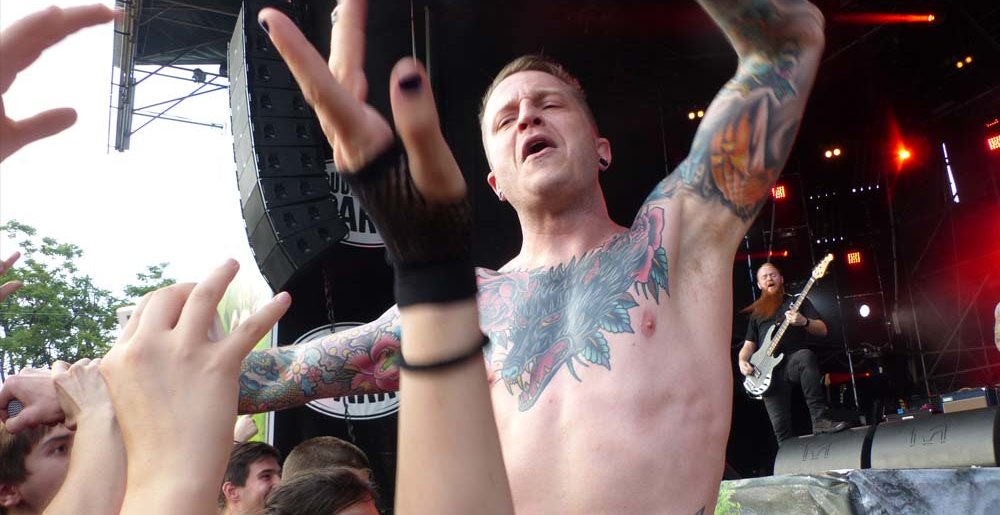 Yesterday, the band posted a clip of a new song, believed to be called “Save Us.”

But Lambgoat noticed that Varkatzas has been updating his Instagram stories with some hashtags which might have seemed pretty random had they not been posted in the wake of the Atreyu tease: #fakeheavy, #conartists, and #justwaitandsee.

After rumors of Varkatzas’ imminent departure began to circulate in August, the screamer took to social media to express a desire to start “a super heavy band” with “some sick Swedish riffs” and “super heavy breakdowns,” citing groups Blood Has Been Shed, In Flames, and Lamb of God as potential influences. Now that Varkatzas has all but explicitly said he believes the new Atreyu song is not heavy, it seems relatively safe to assume that a creative wedge between him and the rest of the band had something to do with opinions re: the appropriate level of heaviness for the music.

Fans will get to decide for themselves whether “Save Us” is “real heavy “or “fake heavy” when it’s released this Friday, October 16.