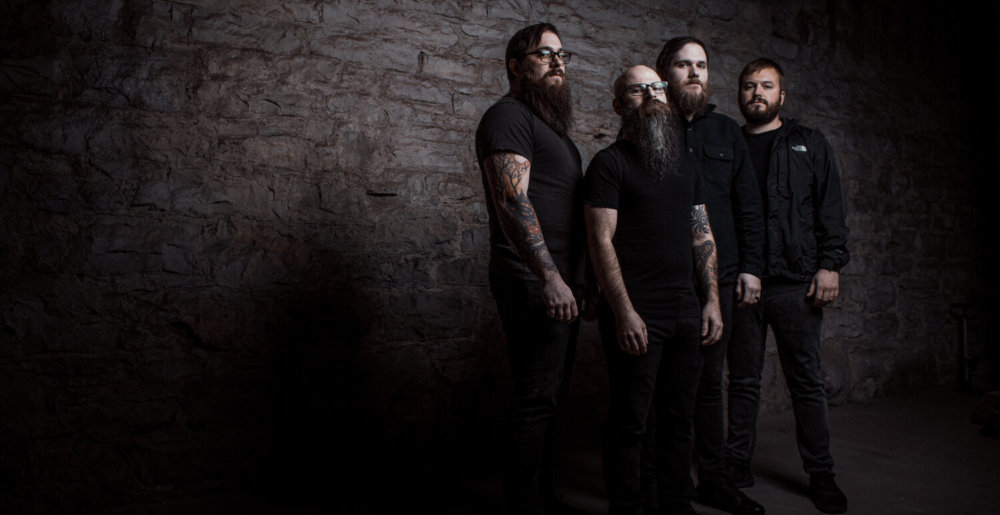 Raise your hand if you miss shows so badly that you would even go watch a high school battle of the bands.

If you kept your hand down, close this page poser. In the global dumpster fire that is 2020, melodic death metal act Summoning the Lich have graced us with at least ONE positive thing: their debut single/music video via Prosthetic, “Descend.”

Summoning the Lich are a 4-piece hailing from St. Louis, a city famous for crime, football teams leaving ,and a 1991 Guns N’ Roses riot toasted ravioli and baseball. If you like tremolo picking, string skipping and big hooks (i.e. The Black Dahlia Murder, At the Gates, Amon Amarth), then I declare it illegal for you to not check out Summoning the Lich. Because in Dungeons and Dragons terms, this track sounds the way rolling a nat 20 feels. Coincidentally, that’s also what I would rate this song, because those tremolos are fucking JUICY.

If you follow MetalSucks on Instagram (You’re following it, right?), then you’ve no doubt seen me blow up your feed with this band. You might even recognize vocalist David Bruno’s growls from Substructure if you listened to deathcore back in 2011.

Just make sure you’re not too attached to those delicious souls before listening. Liches tend to be hungry after aeons of undeath.

Missing this tour is incredibly illegal.

Dark magic for fans of The Black Dahlia Murder, Amon Amarth, and Through The Eyes of the Dead.

From their debut album, United in Chaos, out later this month.

Metal Sucks Greatest Hits
0 -
Jack Daniels Releases Single Barrel Whiskey in Honor of Motörhead
0 -
Listen to Metallica’s “Nothing Else Matters” in a Major Scale
0 -
Converse Rubber Tracks x MetalSucks: Everything All in One Place
220 -
Hey Guys, Did You Know That Virgin Steele are From Long Island?
0 -
Report: “The Number of Heavy Metal Bands in a Given Country is Associated with its Wealth and Affluence”
0 -
Nazi Imagery: Why Watain and Marduk Don’t Get a Pass While Slayer and Metallica Do